Here are 48 life lessons I learned from being a boxer. You may never fight, but if you use these lessons, you’ll gain a huge advantage in the world.

The following are a list of powerful life lessons I’ve taken from my time as both an amateur and professional boxer.

Being a fighter forces you to think and approach problems differently than most people. I think this is for a number of reasons, but there’s a major one that stands out above all others:

Fighting has a very powerful negative feedback mechanism. There is almost nothing left in the world that so quickly and powerfully punishes mistakes.

In fighting, you either learn or perish–and you better learn fast, because the damage you sustain is cumulative. Everyone thinks of the knockout blow that ends the fight, but the punishment to the body that you take over time is far more damaging.

No one beats the fight the game. It eventually defeats everyone who takes it on. The best you can hope for is wisdom and to make a little bit of money.

In this post, I don’t have any cash for you. However, I will give you some of the wisdom I picked up from the fight game that will help you in whatever fight you’re personally in.

1) Cardio is king. Fighter’s say it all the time because it will decide the outcome of most of your early fights.

If you can persist to the end, you have a better chance to win. Make the other guy run out of energy. Will Smith said it best:

If we get on the treadmill together, there’s two things: You’re getting off first, or I’m going to die. It’s really that simple, right? You’re not going to out-work me.

2) Film your training. Study it to see what you’re doing wrong. One objective viewing of yourself practicing is worth ten fights. It’s worth even more if you go over it with someone better than you. They will see mistakes you didn’t even know existed.

3) You learn from people better than you. If you can’t subdue your ego and listen to their advice, you were doomed before you even began.

4) The implications of the 10,000 hour rule might be under debate, but the value of practice isn’t. Perfect practice makes perfect technique.

5) Study war strategy. Learn chess. Learn deception. The thinking necessary to understand these things, if applied to your fighting, will pay dividends and help you surpass those around you.

6) Keep your glass empty, even when the water around you tastes like shit. I’ve made some amazing insights and developments by opening my mind to guys who didn’t know much about fighting. Even a broken clock is right twice a day.

7) Good technique is essential, but perfect technique is over-overrated. Effective technique is underrated. What’s more valuable: A pretty hook that rarely lands or a less than “perfect” one that has an 80% KO percentage?

8) Improve the process to improve the outcome, but don’t worry too much if the outcome isn’t perfect if you still accomplish the general objective. When you’re in a firefight, “ready-fire-aim” will save you faster than “ready-aim-fire.” Better to execute effectively than perfectly.

10) Pain is the great equalizer in fighting. No matter how much better than you someone is, if you can cause them pain, you stand a chance.

11) We have a saying in boxing: “The first ball shot is free. Use it wisely.”

12) All humans fatigue and hurt. Many adversaries will lose their taste for battle if you make the fight nasty enough. You can conquer many obstacles and opponents in your life through pure attrition.

14) Talk shit at your own risk. If you win, it’s entertaining. If you lose, you won’t ever be taken seriously again. At best, you went and did what you were supposed to do. Who trash talks about something that they’re supposed to do? People who truly don’t believe they can.

16) You’re never as good or as bad as you think you are. This is why it’s important to focus on improving your skills rather than on your record. One man’s undefeated record is another man’s 8-2, depending on who, when, and where he fought.

17) Conflicts that can be settled like a fight don’t need shit talk. All the words in the world can’t save you when you’re getting your ass handed to you in front of everyone.

18) No matter how well you do, there will be critics and haters who would rather take a clean left hook than congratulate you. On the flip side, there will be people who think you are the best since crack cocaine, no matter how bad you look.

19) Critics are a sign that you are making progress. Your success is having an impact on another person’s emotions.

20) Keep close counsel so your life remains in perspective.

21) Find people you can trust. Keep them close. This process can be long and painful, but a garden is more beautiful when it’s free of weeds and snakes.

22) Have friends outside the fight game. For your sanity, a fighter should have three types of friends: those who fight, those who like watching him fight, and those who have never seen him fight.

23) When I first started, I wished more of my friends came to my fights. Now I’m grateful that some don’t care. Having friends outside of your industry who only care about you and NOT your industry is crucial to maintaining your sanity.

24) Women are to fighters as fire is to society: they are neither good nor bad. How they are used in your life will make the difference in whether you have a warm home or one that remains no longer.

25) A corollary to lifestyle choices: choose how to have women involved in your life or they will choose for you. It most likely won’t be in your best interest.

The boxing mindset applied to life

26) Some rules you can break once and plead ignorance. Make the infraction count for something. You may not be so lucky the next time.

27) Right before your fights, you will get nervous. You can manage this, but the moment you stop getting completely nervous, you either don’t care enough or you have mastered the sport. Since the latter is probably not likely, it is most likely the former and you need to get motivated.

28)Nervousness is a good sign. Remember: the courageous man and the coward both feel fear but the difference is how they react to it.

29) Sometimes, you can’t go backward. Use your time wisely to develop when the outcome won’t cost you much. Likewise, lacking awareness of when you’re wasting time at a certain level will also cost you.

30) I don’t have to pump myself up, nor should you. That is because I go into every fight highly prepared. There is no such thing as “being confident.” You’re either prepared or unprepared.

31) If I lose, it’s because I faced someone better. It’s ok to lose in that situation. Losing is NOT ok because you didn’t give it your all.

Being a great student and teacher

32) It’s important to have experience with other competitive endeavors. This allows you to know if a coach is a good match for you. Just because you don’t vibe with and/or have trouble learning from one coach doesn’t mean he’s a bad coach. It just means that you two are a bad match.

33) Two people can say the same thing, but how they say it affects the delivery of the message and how you receive it.

34) As a corollary to the last statement, unless you are extremely lucky, there will come a point where you are not learning anything new from your first coach. At this point, you can either decide to leave or stay. Like all other important decisions, this decision should be made with your brain and not your heart.

35) A good teacher understands that you will eventually surpass him. A great teacher actively pushes you to that point. Bad teachers will try to keep you around for many reasons, all selfish but not all obvious.

36) The better you become, the more you realize that it’s impossible to prepare for every situation. At this level, adaptability and improvisation become your most valuable assets.

37) There is no way for you to execute your game plan AND prepare to deal with his. The human mind is simply not that complex. After a certain point, the game becomes about who can attack more effectively while defending most effectively.

38) The best competitor isn’t usually the best teacher and vice-versa. Two of the greatest boxing trainers of all time, Eddie Futch and Angelo Dundee, never fought professionally. You’ll be surprised who you can learn from.

39) Stick to a game plan, but adjust when necessary.

How to fight in all situations in life

40) Not everything is as it appears to be. Nor is it otherwise. Learn to see the layers behind the scene. Learn to read what’s in between.

41) Size doesn’t matter until everything else doesn’t. Then it matters more than anyone will ever admit.

43) If you’re fortunate enough to be born with a significant advantage that can not be taught or obtained easily, you are a literal waste of life if you do not develop supporting attributes. This is how a person becomes world-class. Not everyone can be world-class so if you have the chance to be, don’t waste it.

44) Counter-punching: The worst strategy but the best tactic. It’s always better to be the cause of action rather than reacting to it.

What you can and can’t control

45) Three things end a fighter’s career: Age, Injury, and bad lifestyle choices. The last one makes up about 90 percent of lost careers. George Foreman won the heavyweight championship at age 45. Bernard Hopkins didn’t retire until age 52, but the list of guys that fell to drugs or prison before 30 is so long it deserves a post of its own.

46) There are a lot of things that will keep you from achieving your potential. You can control your lifestyle so there is no excuse for anything in your control to derail you.

47) The only thing that you can control is your ability and your life. You can’t control the judges, the crowd, or your opponent. You can’t even control if you win. Remember this, and all other things will fall into place.

48) In the end, you can’t control anything. Except for your mind. 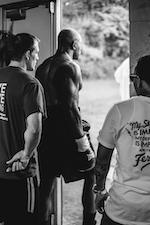 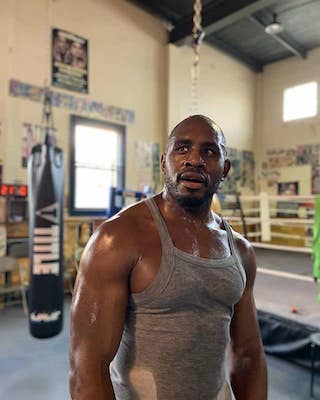