There is a section that really stood out to me that I got the author’s permission to summarize. The section is titled “What Your Parents Should Have Told You” and in it, the author lays out 6 harsh truths that your parents didn’t tell you, likely because they were:

That last one is likely the most confusing.

Most of our parents want to see us do well and have a good life. To them, this often means taking the safest path. To us, this means the opposite.

In theory, we have the same goal. In application, they are diametrically opposed. Failure to realize this has ruined many parent/child relationships.

The other 3 make sense. Or, at the very least, they will make clear sense after you finish reading this newsletter. Without further ado, I present to you The 6 Harsh Truths Your Parents Should Have Told You from The Life Style Blueprint. 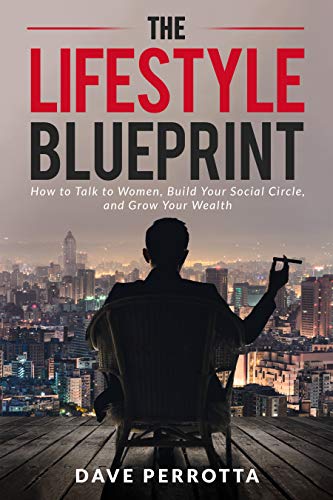 Harsh Truth #1: Most people are “Jamokes”

“It’s a playful term that describes people that don’t think for themselves and lack self-awareness. Basically, it’s another term for an NPC.

As controversial as it might be to say, this fits most people (around 80-90%). You see, most people serve one purpose: being cogs that help run the machine of society. They don’t break the rules, and don’t think outside the box – and that’s fine. Society does need these people after all (though you almost certainly do not want to be one of them).

It might even be fair to say that we’re all “jamokes” as a default when we’re born. It’s only through experience, grit, action, and self-exploration that we can break out of this “jamoke trap”.

Some figure that out. Most never do.”

Every “risky” thing I’ve done, I’ve had someone tell that it wasn’t a good idea or that it’d never work. This includes boxing, joining the army, writing about my sobriety, building my website, and spending so much time building and growing on social media.

Doing the risky and challenging things then set me up for an enjoyable able fulfilling life now.

The way I Iive now is the result of going my own way, seeing what other people couldn’t see, and believing in myself more than I believed in being safe in society. The truth of the matter is that this safety is a trade-off anyway.

The good and bad things of life still happen to you. The difference is that when you’re living life on your terms, you’re not only more resilient against the effects of these things, but you’re also better able to recover from any damage that you do suffer. It doesn’t seem like all is lost when you’re already excited to live each day on your chosen path.

The riskiest thing to do is take no risks at all. Playing it safe keeps you from really ever playing at all.

Harsh Truth #2: Looking Stupid is the Barrier to Entry

“If you want to be great at anything, you’ve got to suck at it first. Nobody looks glamorous at the start of their journey.”

Embarrassment is the cost of entry.

If you aren't willing to look like a foolish beginner, you'll never become a graceful master.

If you aren’t willing to look stupid, you’ll never have a chance to be brilliant.

This is another mentality that holds people back. Most people aren’t really interested in taking risks, even if the upside would be a significant upgrade and the downside is almost non-existent.

That’s because risks take work and people try to avoid work. Especially work that isn’t necessary. Most people, once they’ve achieved a certain level of comfort, do not take risks and go after what they want. I’ve seen this in everyone from guys making $12/hr to $120k/yr.

Interestingly enough, this stagnation seems to start in the late 20s. By 30, you can see who is going to let middle age win and who will continue to go after what they want. This doesn’t mean that there are no people who have their first success after the age of 30. It means that the chances go down for a person to make sudden life changes after their late 20s. This is mainly due to:

Harsh Truth #3: You Must Remove Time from Your “Income” Equation

“I remember back in college, when I had hopes and dreams of how much money I’d make one day.

I’d calculate it in my head. If I can make X dollars an hour and work for Y hours per week, I’d be able to make $100,000 a year. This was the dream. Many people do this same thing. It’s an act of limiting the amount of money you can make, by the amount of hours you can realistically work.

But as long as you tie your income to hours worked, it’ll be limited. After all, you can only work so many hours. The way to make it unlimited is to remove time from the equation completely. Once you do this, you can start to see all the potential ways to make more money.”

Working 20-30 hrs a week is still the same, no matter where you are. Making money while you do something elseis how you really set yourself up to live life. Working from home is nice, but if you can figure out how to get a job that pays on commission or assignment, then you get a chance to be semi time-independant.

Working on commission to get a taste of time independent income may sound counterintuitive but it does two things:

Most people are so stuck in the trading time for money paradigm that they can’t even imagine another way of making a living.

If you want to shift your perspective on the world, shift how you survive in it.

GET THE BOOK HERE

“I spent a lot of time feeling bad for myself in middle school and high school, and I was surprised that no one else seemed to care or feel bad for me. I began to realize that all this self-pity wouldn’t get me anywhere. So, I gave it up, and decided to at least try to make myself better.

I was lucky to have that realization. Many people don’t, and spend their lives playing the victim and making excuses. They never realize that the “victimhood” is the very thing that holds them back, and stops them from actually levelling up.

No one is here to save you, and nobody cares that you play the victim – no matter how warranted your excuses may be. They don’t matter, and the longer you cling to them, the more of a failure you’ll be.”

Remember this when the world feels unfair

That the world doesn't even know that you're there

No one cares about your problems. No one but your mother feels bad for you

Some will pity you, but most people are just happy they aren’t in your shoes; and if you’re complaining, they want you to shut up

This is a harsh truth, but most people are too concerned with their own problems to give a damn about yours. Once you internalize that, you can get on with the business of living and trying to make something of yourself.

Are there people out there who care about your plight and will go to extraordinary measures to help?

Sure, but you likely won’t meet them. Sorry, that’s just the way probability works. Better to plan for no help and get it than count on it and be left in a really bad spot.

Harsh Truth #5: Be Wary Of Advice From Your Parents

“Our parents were raised to believe all these things as fact. While they had the best intentions for us, teaching us these things actually hurt us.

I’d even go so far as to say, if you do everything your parents tell you to do, you’ve set yourself on the wrong path.”

So at the beginning I mentioned that our parents mostly want us to be safe. This is true and it accounts for a lot of bad advice that they give, but I have to dive a little deeper into this.

I’m 36. The world changed so fast for me that when I was 18 I was carrying a case of cds around and by 21, cd players were outdated. Social media wasn’t even a thing in high school and 5 years later, everyone has a Myspace that was about to be usurped by facebook. Smartphones and wireless internet were still mostly ideas of science of fiction when I was in high school.

I mention this to highlight how quickly things change. I’m not even that old. Your parents are likely older than me and they were raised in a very different world and the advice they give you is based on the rules for that world.

If you follow it, it’ll be like hunting with a bow and arrow (NOT a crossbow): yes, it can work, but it’s going to take a hell of a lot more time, energy, and frustration than had you used a more technologically up to date rifle or even a crossbow.

“Many people hold themselves back because they think their degree (or lack of one) limits them.

It makes sense - for decades, degrees have been thought of as a professional stamp of approval and competency. A marketing firm would hire somebody with a marketing degree. If you didn’t have a degree, you’d be forced to either get a lower wage job, start your own business, or try your hand at sales.

But times are changing, and more and more companies focus on skills and experience over degrees…”

I have my bachelor’s degree in Physics. That’s certainly an interesting degree that makes people stop and take notice, but it’s got almost nothing to do with how I earn my living.

I’m proud that I did it, but the truth is that I’m successful in life so I was able to finish college—not vice-versa.

If you still harbor that idea that college is a guaranteed way to success, I’ll tell you a quick story. Once upon a time, I worked at a Starbucks where almost everyone had a college degree and many had master’s degrees. Contrast that to a short list of companies who are hiring without a college degree:

This isn’t me telling you to go or not go to college. Just make sure that you’ve researched the decision and you know exactly what you’re getting into. I’ll leave you with a quote from Laura Lorenzetti:

There are your harsh truths. I highly recommend checking out the rest of the book here.