Life’s not fair. How to deal with it.

Life is fair because it’s unfair to everyone. Learn how to take the unfair lemons in life and make lemonade. This is a skill that will change your life.

Life is not fair. It has never been, and it never will be. Despite this, you’re better off today than you have been at any other time in history. So the question is, how do you deal with the fact that life isn’t fair?

Do you get used to it, deal with it, or do nothing but complain?

A lot of people get used to it. Even more people complain about the hard times of life. Only a few human beings decide to ignore the apparent unfairness of the world and focus on making their lives and the world a better place.

How does a person feel when they’re told life is unfair?

They feel angry, weak, and helpless, but it should be the opposite. Why isn’t it so?

Because sometimes life is not ideal. Real life is often harsh and unforgiving.

In real life, most things are not fairly distributed; They are competitively taken.

Most things in life are zero-sum games, with a clear winner and a clear loser. Even if we accept that it’s “fair” that the winner worked harder than the loser, and that’s why they got that outcome, we can’t get around the circumstances, opportunities, and genetic advantages/disadvantages that a person is born with.

A higher than average IQ may give someone an advantage in one area, while a homely face gives them a disadvantage in another. These things aren’t fair, but they happen. If we try to make everything fair for everyone, we end up in one of 3 scenarios:

The first is impossible.

Resources are finite. You only have so much time and energy, so there must be a trade-off. You can have almost anything; you just can’t have everything.

The second means everyone loses.

No matter how hard they try, they get nothing. Worse than having your motivation stripped is realizing that your efforts are meaningless. This is effectively slavery. You work all day, but you get nothing but exhaustion.

The third is communism.

In societies striving towards perfect equity, someone powerful has to sit at the top and enforce the system. They certainly aren’t eating the same slop as the “equal” citizens beneath them. Leaders and followers are both aware that life’s not fair, but for entirely different reasons.

You should be happy that life isn’t fair.

We live in a time where people can change their entire life situation if they want to by leveraging their strengths and figuring out where they can stand out.

Everyone has an unfair advantage at something, even if it’s just their ability to work longer, harder, and endure more pain than the average person.

A poker analogy shows why life’s not fair

There are many analogies for the unfairness of life, but a great one is poker. You can learn many valuable life lessons from this game of skill and chance.

In poker, you play the hand you’re dealt. Given a long enough period, everyone eventually sees the same cards, gets the same unexpected opportunities, and has the same dumb luck. Sometimes things will go your way for a while due to no effort of your own, even if you’re playing poorly.

You get a chance to win big by simply being in the game, but only if you stay in the game and play your current hand better than the other players.

On the flip side, you’ll also have strings of bad luck. Even when you do things correctly, you’ll lose. Every person at the table has the same luck, for better or worse. No matter your belief system, desires, or expectations, the game of poker is fair because it is unfair to everyone.

Besides the cards you’re dealt, you always don’t get to choose how long you’re at the table.

Whether you’re on a hot run of good luck or a cold run of bad luck, it will eventually end. The only question is whether you’ll have your money in the game when it does.

Life is a lot like this. Life is fair because it is unfair to everyone.

Why the game of life isn’t fair

The game of life is not fair, if for no other reason than nothing is guaranteed.

It’s all a function of probability. We’re more likely to die in a car crash than an airplane crash because we travel more often in cars than planes. However, every year someone dies in a plane crash while an incredible number of people manage to survive car wrecks.

All we can do is balance out the risks and try to succeed in seemingly unfair situations. This means playing our cards right.

Even though we shared many opening cards, I took a different path from many other guys who grew up in my neighborhood. I can think of four helpful cards I was dealt through sheer luck that they weren’t.

Any of these could have gone differently, through no choice of my own.

Life’s challenges happen to us all. In the end, our fate is still up to each of us.

But not everyone responds to these events the same way or with the same skill.

Even the same tragedies and traumas affect everyone equally. Some people make lemonade with those lemons, while others stay sour and salty for the rest of their lives.

When we try to create the illusion of fairness in sports, players and coaches come up with new tactics and methods that push the limits of what we consider “within the rules.” Those rules aren’t set in stone anyway. In sports, rules are only modified when one player gets too good at the previously allowed rules.

The losers trot out a new rule to limit or eliminate the use of that tactic or loophole. This is what fairness is really about: Many ideas about fairness are unfair ways to allow those with less to compete with those who have more.

Once rules are established, players with an insatiable drive to win will find ways to excel within the rules. They aren’t breaking the rules, but they’re also not worrying about playing fair.

The limitations of trying to play fair

Winners don’t insist on fairness. I don’t want to play fair. I want to excel. I want to win.

It’s like the old saying in sports goes: “If you ain’t cheatin’, you ain’t tryin’.” This is not a moral or ethical consideration; merely a practical one. It means you need to find your angle that makes you uniquely better than other players. You must exploit your personal talents and skills in ways that others can’t.

Working harder and sacrificing personal time to make more money isn’t cheating, but it damn sure doesn’t seem fair to others who can’t or won’t make those sacrifices.

If I come from a family with money who can afford to send me to all the best sports camps, but my opponent’s only instruction came from a coach who never excelled in the game, obviously I have an advantage—a huge one. Someone might even call it unfair.

It’s the same with private education or bodybuilders who spend all their time working out instead of relaxing. People are born rich or poor, intelligent or dull, good-looking or repulsive, in good times and bad. All men are not created equal, nor do they live equally, and they certainly will not die equally. Pretending otherwise means those driven to succeed will surpass you while you complain about the unfairness of it all.

Forget the illusion of fairness. Take the cards you’re dealt, find your angle, and play your best.

Leverage unfairness to your advantage, and you’ll win. 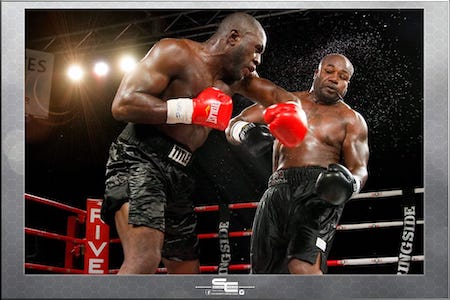