This list is about the most serious red flags in men.

Not only is this useful for girls looking to see how a guy measures up for a new relationship, but it’s also a list of the traits that a man should look out for in selecting a good male friend or evaluating his male family members.

Not all of these red flags are created equal, but they’re all bad things.

Some of these are absolute deal breakers for any relationship, whether it be platonic or romantic. The one thing that they have in common is that they all point to a lack of accountability, responsibility, and discipline. If a man doesn’t have those things down, he can’t have a healthy relationship.

This list isn’t exhaustive. There are other warning signs, but these are the 9 major red flags in men.

No job, can’t hold a job, or no legal source of income

The obvious exceptions are students, assuming he isn’t majoring in nonsense.

This also doesn’t include guys who are recently laid off but are looking for work.

Lastly, this doesn’t include your guys who do cyclical work (assuming their bills are covered in the interim).

This is about the guy who is in a constant state of unemployment. This is the guy who gets hired and fired at some place new every 4-5 months.

I’m not saying that he needs to be rich. He doesn’t even have to be middle class. But he needs to have the maturity to realize that he needs to work and not survive off of other people’s labor. This parasitic survival could be a guy living with his parents, collective government assistance, or breaking the law to survive.

The issue with breaking the law to make money isn’t just an ethical one. For example, it doesn’t really matter if you sell drugs (at least not to me). People choose to do drugs, someone chooses to sell them, and the law has decided that’s illegal. The real issue is the type of people and the dangers a person brings if they dabble in illegal sources of income.

I had to stop hanging out with a childhood friend after bringing his gun to an innocent house party. I had also driven him in my car while he had this gun. If we got pulled over or hurt someone, my life would get much harder.

There’s a world of difference between having a profession and having a job. However, the main differences are in the following table:

In short, a career sets you up for a long term path while a job is just a placeholder in your life. It sets a guy up to bear the burden of masculinity, shoulder responsibility, learn skills, and develop himself.

While it makes him a productive member of society, it’s not only about that. It’s about self-development, maturity, and self-sufficiency.

For those who exist outside of the career/job dichotomy, you’re judged by a slightly different metric.

Business owners, entrepreneurs, performers, creatives, and professional athletes don’t nicely fit in this distinction. People are often distracted by the apparent status of these labels and forget to ask the only question that matters: can you currently pay your bills doing this?

If they can’t pay their bills doing it, it’s a hobby. Hobbies are cool, but hobbies don’t put food on the table. Furthermore, pretending that your hobby is a profession is a clever way to avoid personal responsibility.

This is not to say that a guy shouldn’t have something he does for fun. Hobbies are fine. Just avoid a good with a hobby that tries to parade in place of a job rather than a supplement to it.

Anything that hints at avoiding responsibility is a red flag, personal or otherwise.

No plans or goals he’s taking action towards

Goals and plans are powerful because they keep a guy from behaving recklessly.

At the very least, they force him to act in a way that gets him closer to his goals than further away from them.

They don’t have to be massive, change the world type goals. They don’t even need to be altruistic, ambitious, and selfless. The goals only need to satisfy 5 criteria:

If a man doesn’t have any goals or plans that fit these 5 categories, he’s will either be an active liability or a passive drag. He won’t bring you up because he has nothing to bring himself up with.

In other words, you don’t want to be around a guy who just goes to work, comes home, and plays video games.

This doesn’t mean a guy can’t have hobbies and ways to blow off steam; only that his goals need to extend beyond getting a high score, binging on a new Netflix series, and getting blackout drunk on the weekend.

This leads nicely into…

I don’t need to be a relationship expert to tell you that hard drug use is an immediate disqualifier.

Hard drugs are anything you have to cook, cut, stretch, or compress. Within the “cooking” and “cutting” categories, I’m including abuse of any prescription drugs and pill-popping. Basically, anything but weed. I’m also willing to consider slight psychedelic use for constructive purposes. 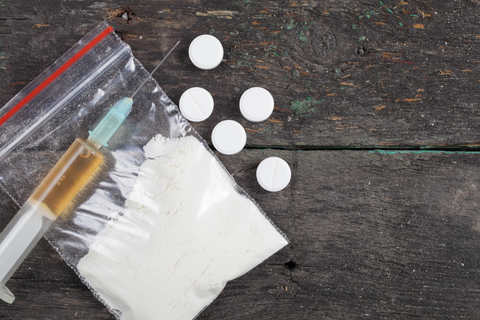 If you see someone use hard drugs, you should limit your time around that person as much as possible. Nothing good will come of this relationship, even if they claim only to be casual users because you don’t remain a casual user of hard drugs for long.

As for marijuana, my advice is to proceed with caution.

It’s one thing if a person occasionally enjoys a smoke. It’s a different story entirely if they *have* to use it every day. Not only is that an addiction (by definition), it’s also likely a way to cope with other issues. The same thing is true for alcohol.

I happen to be sober, but my life was nothing worthwhile when I was abusing alcohol. In fact, I exhibited many of the red flags listed here. Having a few drinks occasionally is not a problem. Getting blackout drunk constantly around people is a big deal and you need to limit your time around—or outright get rid of—this person.

No savings and/or excessive non-education debt

This isn’t a big deal for your male friends.

In fact, as long as they can pay their bills, keep a roof over their head, and feed themselves without asking for help, then most guys don’t care. If they don’t make enough to do the things you like to do, you’ll figure it out anyhow.

But as far as relationship reg flags go, this is a big deal.

A guy with no money saved and a lot of non-student loan debt is signaling to the world that he does not think about the future. This becomes an even bigger deal the older you get. A guy at 25 with no savings and a lot of consumer debt has many legitimate reasons to be in that position.

For example, he could have just gotten a new car, apartment, and furniture to go in it. But a guy who is 35 and is still living beyond his means and saving nothing is signaling that he will not be reliable in a romantic relationship and is bad with money.

Ultimately, debt signals that you can’t support yourself. No matter why you have it, the basic you need it to accomplish something you’re incapable of accomplishing alone. The debt you owe on a degree (depending on the degree) is one thing, but excessive consumer or legal debt is a huge red flag.

The idea with education debt is that it was an investment into your future. The same goes for a debt you take on to start a business. The debt is a bet on yourself that eventually, you’ll be able to pay it back.

But debt taken on to buy toys and/or fund a basic lifestyle is at best, irresponsible, and at worst, parasitic.

If a guy gets multiple women pregnant, this means:

This guy is also almost certainly going to have extremely messy finances. Child support will eat up most of his income, making it impossible to save for the future or even have a comfortable existence.

This doesn’t just mean friends that he’s met recently, though that’s important too. You don’t want to be with a socially awkward, reclusive guy, and has no idea how to behave like a generally likable human. This also goes for his past friends as well.

If a guy doesn’t have any friends that he’s known from before 18, this isn’t necessarily a red flag, but it should make you start looking at things a bit more in-depth.

If a guy doesn’t have any friends from before 22, that’s a red flag.

But it’s a red flag you need to ask questions about. This is the type of thing that might not even make itself known because you met in a city he relocated to. However, after dating him for a little while, you need to see that he’s had friends for a while.

This is important because generally speaking, a guy doesn’t have friends because he’s either a social recluse or he’s screwed a bunch of people over—and even the socially awkward guys tend to group up and be friends with one another. So you’re usually looking at a dude with serious personal issues.

Family doesn’t count. He must have people who have chosen to be around him (preferably for an extended period of time) of their own free will. Not familial obligation.

Yes, things happen. With that said, we live in the 21st century with cellular devices. Not only can you call if something comes up, but you can also text. Hell, you can even send a message through various social media and dating apps.

Showing up late, even once, without calling and texting, should be grounds for dismissal from your life.

If a guy is always late, even if he calls and texts, this is also a big deal. This means he’s terrible at managing his time or honoring his plans isn’t important to him. Either way, this is not a good sign for the future.

Remember, I’m not talking about the 5-10 minutes needed to find a parking spot. That’s acceptable. But if someone is more than 15 minutes late and the lateness fits the above description, then it’s likely a big red flag.

Generally speaking, avoid men who use any words ending in “ist” or “ism” to define themselves. Specifically, male feminists are problematic because they already hate what makes them male. This means that they will have trouble behaving like a man you would like to date.

There is nothing wrong with believing that everyone deserves the same opportunities and equal treatment under the law. But if you’re a man who feels the need to make one of his defining traits that he’s championing for women’s rights (and women already have the same rights as men and by many metrics, are ahead of men), then this man has an ulterior motive.

Very often, these men are predators and abusers of women themselves. Ultimately, it’s just a trick to ingratiate themselves with women without doing the work of becoming a more attractive man.