Skip to content
how to be a hot guy

Low-level laser (light) is a gamechanger for men losing their hair. But how does it work? This describes how the technology works and much more.

Low-level laser (light) therapy (LLLT) is a medical technology that has been used to treat a variety of conditions by stimulating healing, relief of pain and inflammation, and restoration of function. LLLT, also called photobiomodulation or cold laser, is a type of phototherapy that utilizes wavelengths of light in the visible to the nearly infrared range of 670–950 nanometers (nm).

They are referred to as “low-level” or “low power” because they operate with a low wattage (W) level. Typically, these lasers are usually between 5 and 500 mW

This answers the question of *what* a low-level laser is, but it doesn’t tell us anything about *how* a low-level laser works. To answer this question specifically, we have to start with some cool science, define some basic terms, and take a trip back a few decades.

What is a laser?

The word “laser” is an acronym for “Light Amplification by Stimulated Emission of Radiation”. A laser is any device that is capable of emitting light via a process known as “optical stimulation” based on the stimulated emission of radiation in the form of photons.

A laser generates a beam of intense light. We aren’t concerned about the mechanisms of laser beam generation as they aren’t necessary to understand LLLT and how it compares to a standard laser. We must, however, understand a few basic characteristics of all laser beams compared to a conventional light source.

Further explanation of the terms and their significance follows.

White light is a combination of all visible wavelengths (400 - 700 nm). The rainbow produced by a prism is white light broken into all the colors (wavelengths) that make it make up. In fact, when you see a rainbow, it’s a result of the rain droplets in the air acting as a prism.

Normally, light propagates from its source in a divergent wave pattern. This causes light to lose its intensity over a relatively short distance. In exchange for that trade-off, the photos of the light illuminate a wide area, enabling you to use them to see.

In contrast, laser output has very little divergence and can maintain beam intensities over long ranges. As a result, relatively low power lasers are able to project more energy at a single wavelength within a narrow beam than can be obtained from more powerful conventional light sources.

This enables more energy to be generated from the same light source because the photons all arrive at the same time.

When you combine these three factors of laser light, it’s easy to under why they’re so unique, useful, and powerful.

To put all of this in perspective, consider that the watt (W) is the fundamental unit of optical power. It’s defined as the rate of the energy of one joule (J) per second. Your average household incandescent light bulb uses about 60 watts of electricity and LED light bulbs use about 10 watts.

Unless you touch their surface, you’ve never been burned or cut with the light from a lightbulb. However, because of a laser’s unique characteristics, that same wattage can carve acrylic or aluminnum.

Now that we have a solid understanding of what makes laser light special, we can now fully appreciate low-level therapy and how that differences from conventional laser technology.

What is Low-Level Light Therapy?

After the creation of lasers in the 1960s, it was accidentally discovered that laser light at low energy levels had the potential to improve wound healing and reduce pain, inflammation, and swelling. This feature of lasers was discovered by accident by Endre Mester at Semmelweis University, Budapest, Hungary in 1967.

Mester conducted an experiment to test if laser radiation caused cancer in mice. He shaved the hair off their backs and divided them into two groups. One of those groups was irradiated with a low-powered ruby laser.

The treatment group did not get cancer and to his surprise, the hair grew back more quickly than it did in the untreated group. He called this “Laser Biostimulation”. Mester soon applied his findings to human patients, using lasers to treat patients with nonhealing skin ulcers

Since 1967 over 100 phase III, randomized, double-blind, placebo-controlled, clinical trials have been published and supported by over 1,000 laboratory studies on how it works and many of its effects.

How does low-level light therapy work?

The precise biochemical mechanism underlying the therapeutic effects of LLLT is not completely understood. We know for sure that LLLT acts by inducing a photochemical reaction in the cell, a process referred to as biostimulation or photobiomodulation.

It’s believed that this chemical reaction acts on the mitochondria to increase adenosine triphosphate (ATP) production, modulation of reactive oxygen species (ROS), and the induction of transcription factors.

These three factors combined lead to a dramatic increase in cellular healing and repair. Low-level light therapy works to induce these cellular changes and thus causes a marked healing response.

How does low-level light therapy work to slow or reverse hair loss?

To fully appreciate how low-level light therapy works for hair loss, we have to understand the four stages of hair growth.

Male androgentic alopecia(MAA), male pattern baldness, or “going bald” happens when the anagen phase decreases while the telogen phase remains the same length or gets longer. Ultimately, anagen duration becomes so short that the growing hair fails to achieve sufficient length to reach the surface of the skin, leaving an empty follicular pore.

All of this is thought to be caused by the DHT, a useful hormone with the unfortunate side effect of causing the hair follicles to shrink, which simultaneously extends the amount of time hair spends in the telegen and exogen phase and reduces the growth that occurs in the anagen phase.

Analogously, think of this like trying to fill a bucket with a tiny hole in the side that is growing.

Male androgenetic alopecia simultaneously causes the rate of the water coming into the bucket to slow while increasing the size of the hole in the side of the bucket.

Eventually, not only will the water rate slow to barely a trickle, but the hole in the side of the bucket will be so big that any water still running in won’t be able to go above a certain level.

From a mechanistic standpoint, this effectively reverses male pattern baldness. Of course, if the hair follicle is already minaturized to the point of no return, then LLLT won’t be effective. The plumber can only unclog the drain to be effective if the water hasn’t been shut off.

Weiss and coworkers, by using RT-PCR and microarray analysis, demonstrated that depending on the treatment parameters. LLLT has also been shown to effect the biochemical causes of hair loss.

Low level light therapy has also been shown to:

LLLT does not cause shedding. Considering everything we’ve discussed about how the hair cycle works and LLLT’s effect on it, we can easily see why LLLT doesn’t cause shedding

LLLT works by shortening the telogen phase and prolonging the anagen phase. This automatically means that fewer hairs are even capable of shedding because they spend less time in the telogen phase, the phase where shedding occurs.

People believe that LLLT causes shedding because when you start the treatment, dead hairs (hairs no longer attached to the blood source of the follicle) are cast away quickly, but only because the anagen phase is extended and more hair is new hair as growing.

You may initially notice more hair falling out when you first begin low-level laser hair therapy. However, these hairs were in the telogen resting phase and were going to fall out *anyway*.

Not only does low-level light therapy not cause shedding, causes the exact opposite outcome. You experience less shedding because the shedding phase (telogen) is shortened and the growth phase (anagen) is lengthened.

What type of results to expect

Low-level light therapy produces excellent results for thinning hair resulting from weakened, thinner hair follicles. As with all hair loss treatments, the earlier you start to apply the treatment, the better the result you can expect.

LLLT does not work in advanced cases of baldness. It cannot cause hair growth on areas of the scalp where there’s no hair at all, as there are no hair follicles to stimulate. LLLT only works on active hair follicles and has no effect on hair follicles that are already shrunken and dead.

How often should you use Low-Level Light Therapy to grow your hair back?

Ideally, every day. As with any non-surgical hair loss treatment, consistency matters more than anything else.

This is why it’s so important to have your own device. When this application of the technology was in its infancy, daily treatments weren’t possible for the average man because LLLT devices were large, cumbersome, and only at spas. Now, an LLLT hat is relatively inexpensive.

Also important is the length of time it’s used each day. The device I own, the Revitalizer 272, has two timing options: 8 minutes a day every day or 30 minutes every other day.

No matter what, this is like any other hair treatment: the best results come from consistency. It doesn’t matter whether it’s natural treatments, Minoxidil, Oral Finasteride, topical finasteride, or using a DHT-blocking shampoo.

If you aren’t consistent, you won’t get any results.

How long will it take for my hair to grow back using low-level light therapy?

Every person is different, but the research has shown fairly consistent results, with most people being able to observe changes in hair density, volume, and strength within 6-12 months.

Of course, this doesn’t mean that nothing is happening during the first 6 months. Just remember that lllt therapy effectively recharges and rebuilds your hair growth cycle by reducing the time hairs spend in the telogen phase. This takes time, assuming consistent use.

Your hair will not only have to discard the old hair but start to recharge new hair. Change happens from the very first use, but nothing occurs

In over 50 years of use, LLLT has a low incidence of adverse effects.

In the specific use of LLLT for hair growth, the only issue was the onset of telogen effluvium but the onset of it only lasted for 1-2 months.

If you want to regrow your hair and it’s not too far gone, a low-level laser cap is the way to go. I personally recommend the model that I have, the FDA-approved Bosley Revitalizer 272. 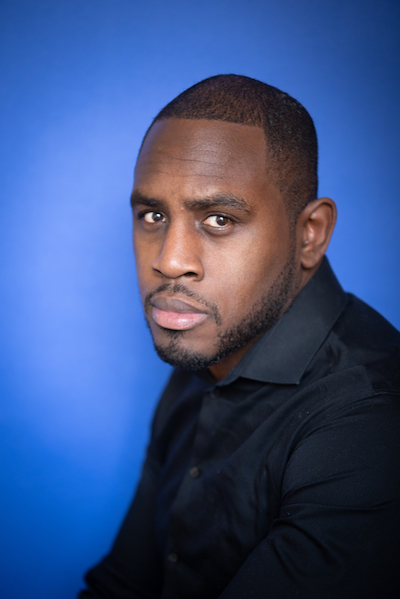 This article breaks down the research on how derma rolling works to reverse hair loss and my experience using it post-FUE transplant to keep non-transplanted hair. 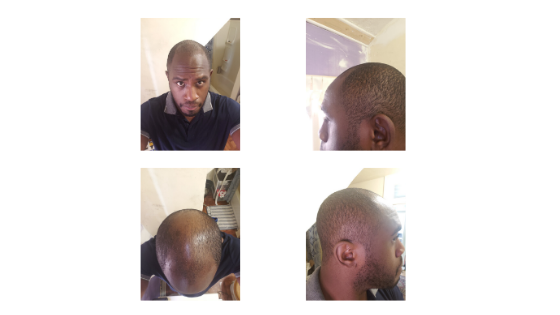 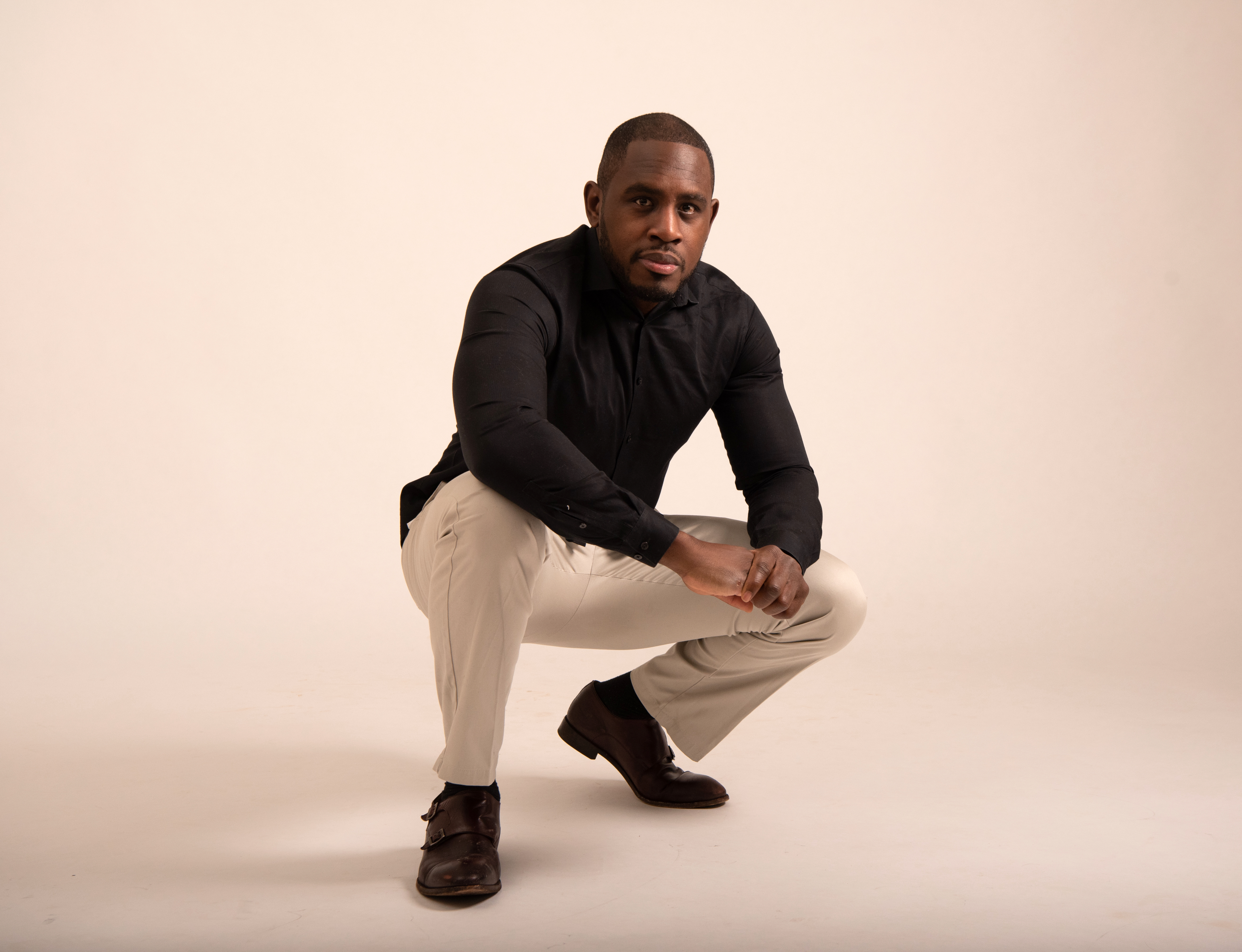 The way you dress tells a lot about you. These tips will teach you how to dress like the man you want to be.