8 secrets to being way more competitive

Everyone thinks they’re competitive, but they aren’t. They just like to win. This list teaches you how to be more competitive.

Everyone thinks they’re competitive, but they aren’t. They just like to win. They have no idea how to truly compete.

A true competitor is a rare breed.

Feeling good when you cross the finish line first doesn’t make you competitive.

It’s what happens during the race that ultimately determines if you’re actually a competitor. These are the moments where you learn how to be competitive.

Don’t worry if you aren’t winning as much as you’d like. Learn from this list, and I guarantee you will win more and win bigger in your life.

The urge to do more, have more, and push further doesn’t mean that you aren’t happy with what you have. It only means that you have a deep understanding of an important universal truth:

There is no resting.

There is no coasting.

There is no neutrality.

You’re either getting better or you’re getting worse. The competition doesn’t rest and time waits for no man.

Competitive people never dwell on the past. Competitors don’t care about past laurels because for them, it was never about the winning. It was about competing!

Non-competitive people always reference their past success because they care only about winning.

Competitive people rarely reference past accomplishments. The competitor is always looking to the future and how much better he can become.

What you’ve done is irrelevant. All that matters is what you’re going to do.

All competitors instinctively understand that the moment you rest on your laurels, then it’s the end of your success. There’s always someone trying to surpass you, and many things worth having are acquired in a zero-sum game.

This is the most telling trait of someone who likes to compete rather than just win.

A winner just wants to come in first. A competitor wants to test his limits.

It doesn’t matter if they’re ahead of the pack or dead last. The most competitive thing I’ve ever seen in sports was the 2007 NFL season where the New England Patriots went undefeated.

It wasn’t just winning all the regular season games that made them competitive; whether they were ahead by 28 points or trailing, they played with a fire the NFL has never seen. There was no pulling the quarterback when they were crushing teams by 40 points.

Tom Brady’s competitive spirit motivated the team to give 110 percent the whole time.

There is an old saying: “It’s not whether you win or lose. It’s how you play the game”.

Competitive people still think winning is important, but they are critical of their performance and they take every opportunity to improve it. It doesn’t matter whether they’re smoking the field or woefully behind.

3) Compare yourself only to yourself

To be competitive, you have to come to grips with a simple truth: you are only ever competing against yourself.

Outsiders may compare you to other people, but you can only be the best version of yourself. Everyone is a beginner at some point and there is a journey to make before you’re a great master.

It’s useless to compare your position on the path to someone else’s because they can’t make you better or worse. Only you can.

Take stock of the best work you’ve done, content you’ve produced, or performance you put on. Then try to do better than that. There is no better yardstick for measuring how you’re doing now than how you’ve done in the past. Comparing yourself to events or people that you have no control over is an exercise in futility and frustration.

Competitive people know that at the end of the day, improving their own abilities is all that matters. If their best level is world-class, so be it. If not, they know that they gave it their all. This goes along with what I wrote on living for yourself which I recommend reading here.

4) Get in touch with your dark side

One of the biggest problems I had during my career as a professional boxer is that I didn’t really have a “killer instinct”. I never really wanted to hurt the guy. Even though I was involved in the “hurt business”, I had a hard time thinking of myself as someone who hurts people.

Learn from my mistake.

We aren’t all professional fighters, but there is nothing wrong with tapping your dark desires for success. If you are driven by vanity, money, fame, and all the things that society tells you are superficial, don’t be ashamed by this. Instead, channel it to increase your level of competitiveness.

If you want to embarrass your competitors and make them regret the day they ever passed on you or crossed you, use that to fuel your fire. If you hate your competition with a passion, you’re doing yourself a huge disservice if you try to suppress that rage because it makes you a “bad sport”.

If jealousy makes you compete better, be jealous.

If hatred makes you compete better, be hateful.

If you don’t have a other reason to compete other than material rewards, then bust your ass to show off for Instagram.

Whatever it is that lights a fire under your ass to blow past the competition, use it.

If you’re just like everyone else, then you can expect to get the same outcome as everyone else. One of the implications of competition is that it forces you to–in some way, shape, or form–stand out from the crowd.

It could be because you’re faster.

It could be because you’re smarter.

It could be because you’re willing to work harder than everyone around you.

All that matters is that you take on a set of traits, characteristics, attitudes that make you different from everyone else in your field. This differentiation is not only limited to how you can vertically stand out. Horizontal differentiation is also a significant competitive advantage.

This is the same idea as a “talent stack”. An idea made popular by cartoonist Scott Adams. The idea is simple:

A talent stack is a set of different, but related skills that work well together. You don’t need to be the best at any one skill, but a combination of related skills will give you another way to excel in a crowded field of competitors.

You don’t need to be the best writer to be competitive if you have a large social media network to promote your books.

You don’t need to be the best mathematician to stand out if you’re an excellent teacher.

Even in areas like sports or performance, the idea of being the absolute best is a combination of different skills.

You may not be the fastest, but you’re the strongest and have the most insight.

You may not be the most technical, but you’re the most expressive and have the greatest passion.

Regardless of how you do it, differentiation will allow you to be more competitive.

6) Learn how to lose

If you win against a competitive person, they aren’t angry. The loss is bothersome, but it only makes them review their strategy.

Emotionally, it’s not the terrible heartbreak it is for non-competitive people. This is because a competitor is focused on the outcome and the process.

They want to win, but they’re more concerned with being better. Since they aren’t focused exclusively on the outcome of winning, they aren’t as hurt if they lose while giving their best.

In other words, competitors focus on winning the war, even if they lose a few battles along the way. In fact, they understand that to win the important fights, they may have to lose the smaller ones–however painful those losses are.

Non-competitive people think that they have to win every battle. They don’t care how they did. They only care if they won or lost, and they do not take to losing well. This is because they aren’t actually interested in being better, so they can’t see how to learn from losing.

On the flip side, competitive people are highly critical of themselves if they win and they know they didn’t perform well.

Competitors never make excuses for why they lost. If a competitive person loses, the only thing you hear them talk about is how they have to perform better.

You may be wondering: what’s the difference between an excuse and a reason? They both seem to serve the same function; to explain your inability to do something. Why is it that excuses are frowned upon but sometimes a reason is not?

The difference between an excuse and a reason is this:

A reason is beyond your control. An excuse is something you could have done something about, but did not due to lack of effort, proper planning, or willful ignorance.

You were late to work. An excuse is that you missed the bus or had to fill up your gas tank. A reason is that someone stole your car or your appendix ruptured.

You failed to pay your bills. An excuse is that you bought weed and Hennessy. A reason is that you got mugged or were the victim of identity theft.

Even in situations where there is a good reason for why things didn’t go according to plan, anyone with a competitive mindset refuses to hand off responsibility to things beyond their control.

Competitive people, no matter what the situation is, take complete responsibility for the failure.

8) Give credit when credit is due

When competitors win, they thank everyone but themselves.

Everyone from God to their coaches, to the people who built the arena and their parents. The competitor takes no credit for himself because he doesn’t need it.

Competition is the greatest thrill a person can experience because it forces them to overcome challenges en route to becoming the best version of themselves.

You need people around you to help with that. Praise the members of your team when there is a victory.

No matter what happens, a true competitor never takes away from the winner when he’s up or kicks the loser when he’s down. At the end of it all, truly competitive people learn to carry themselves with class, poise, and dignity in situations where regular people often behave poorly.

Summary of The 8 Ways To Be More Competitive

Now you know, so the rest is up to you. 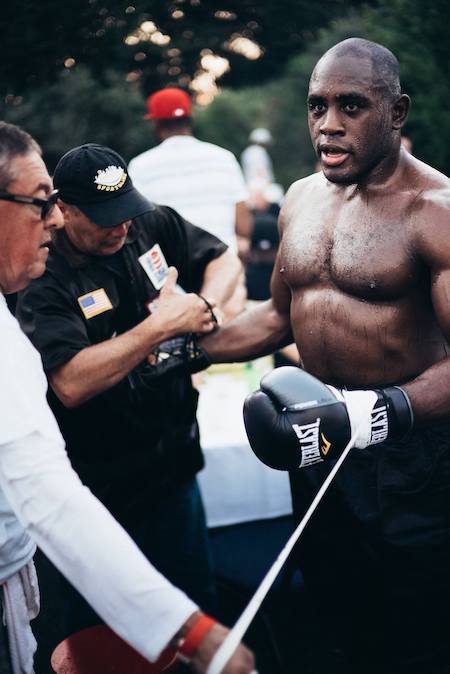 My professional recommendations for boxing gloves. In case you don’t like my suggestions, I also teach you how to pick your own fight gloves. 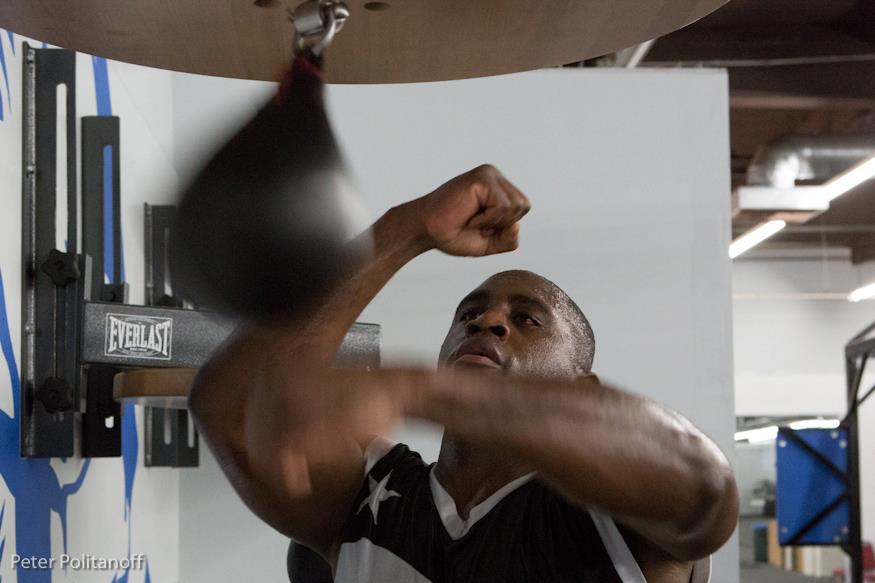 What happens when you learn to fight (+ benefits)

Learning to fight is transformative to your mind, body, and confidence. In this article you’ll understand the undeniable benefits. 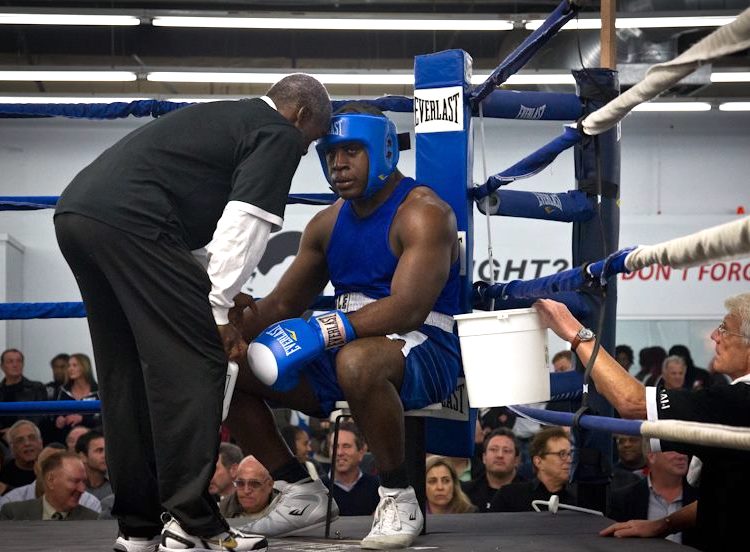 I’ve been a boxer for over a decade. Here’s why it’s the toughest sport to learn