The Tao Te Ching teaches how to live according to the “Tao” or “The way”. Here are some of the passages from the book that will truly open your mind.

The main idea of the Tao Te Ching (also known as Dao De Jing) is to live in harmony and peace. No matter what your craft, vocation, or lifestyle, the wisdom from this 6th century BC Chinese classic can be applied to help you live a life in sync with the universe. This makes sense, as this book and the Zhuangzi are considered the fundamental texts of philosophical and religious Taoism.

Taoism is the idea that everything in the world stems from the “Tao”. Tao (道; dào means “way”, but can also be interpreted as road, channel, path, doctrine, or line. All of these interpretations carry the same meaning:

The combination of yin and yang principles and signifying the way, or code of behavior, is in harmony with the natural order. The interpretation of Tao in the Tao te Ching developed into the philosophical religion of Taoism.

The creation of the book is often credited to Lao Tzu (also rendered as “LaoZi” 老子). The name roughly translates into “Old master”. While it’s not certain what his real name is, the title of Lao Tzu is given as an honorific and to show respect for his wisdom.

The following are some of the most impactful quotes and ideas I collected from the Tao Te Ching, along with commentary where appropriate. I group the ideas by the themes I found most useful and interesting.

With that said, I couldn’t possibly do a book like the Tao Te Ching justice, so I strongly recommend you grab a copy for yourself. It’s a short read, full of practical wisdom.

Note on wording: The Tao Te Ching is originally written in Chinese, therefore the wording of many of the quotes will differ, depending on the version that you read. The version I used was translated by Brian Browne Walker.

The Tao Te Ching has several ideas that train you to let go of your thoughts and ideas. Taoists believe that the only way to exist peacefully in the world is to take things the way things are. The idea of non-attachment is contrary to a lot of western thought, but it is essential to Taoist teaching. Non-attachment is simply accepting the world as it is and recognizing that nothing is permanent. It occurs when you stop thinking and merely are. Then, the natural conclusion is to not let anything disturb your emotional center because it will all change.

When nothing disturbs your emotional center, this is true power.

Check out my other book quotes and summaries

Wisdom is not only the byproduct of experience but also the byproduct of time. You have to go through something, reflect on it, and then assimilate it into your daily existence. This is why most societies naturally have respect for their elder population. Even if an old person isn’t trying to acquire wisdom, they will naturally accumulate it by virtue of living.

In this way, ordinary people can develop extraordinary wisdom as a result of simply surviving. Of course, the Taoists laid out a path for living they believe can turn anyone into a wise man or woman.

The idea of self-improvement is that you take it upon yourself to make positive changes in your life that dramatically alter it, especially quantitative and independently observable change. Something that many people don’t realize is that self-improvement is incredibly rare. Most people reach a point where society stops imposing conditions for advancement, and thus they stop advancing.

It doesn’t mean you’re the best in the whole world. It only means that you’ve reached a level where that specific area is no longer a problem for you. Lao Tzu has a few true words that speak to the approach required to reach this level of living.

It’s no surprise that Lao Tzu—the founder of Taoism—has insights into what it takes to be a good leader. I thought these quotes were an interesting complement to some of the ideas I’d read on leadership in The Art of War and The Hagakure.

Lao Tzu has a reverence for good teaching and leadership qualities. There is also an emphasis on leading by example. He understands a fundamental truth about people and the world; you get back what you put out.

Check out my other book quotes and summaries 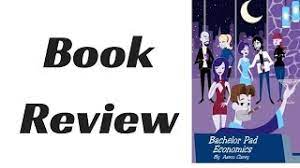 Bachelor Pad Economics: The Financial Advice Bible For Men gives guys everything they need to build a life without financial and female stress. In “How to Fail at Almost Everything and Still Win Big: Kind of the story of my life,” Scott Adams shows how to overcome failure and set back. 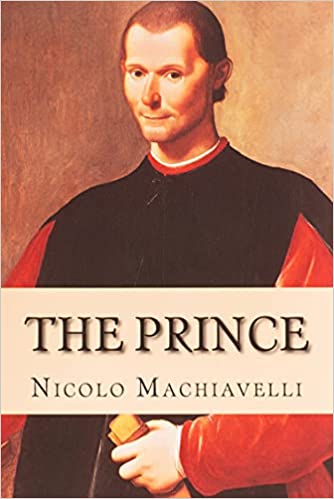 Quotes and big ideas from Niccolò Machiavelli’s “The Prince”

I’ve collected the big ideas from Machiavelli’s classic treatise on political philosophy and political theory. These are pragmatic ideas to seize power.