When you hate someone, you’re drinking poison and expecting them to die. Sometimes they’ll notice your hate, but most times they don’t know or care.

Regardless of how justified you feel your hatred is, you’re the only one who is affected by it and the effect is never good.

You don’t stop hating someone because it’s the right thing to do or because they’ve done something to finally make it acceptable for you to stop hating the person. You stop hating because if you don’t stop, then there are very consequences to your mental, physical, and emotional health.

You’re the only who pays the cost and you get absolutely nothing of value in return. In fact, when you hate someone, you’re paying this cost to have things of value taken from you. Mainly, your peace of mind, love of other people, and openness to the world.

This is why releasing and removing hatred is an important goal. Sidenote, if you’re the one getting hated on then check out my article on how to deal with haters.

What is hatred and what can it do to a person?

When you can see the world with eyes unclouded by hate, the stillness and beauty of humanity will leave you in awe.

But most will never get a glimpse of this sublime gift, for they're addicted to the rush of hatred and the cathartic value of anger.

1) Hatred is a complicated emotion.

Hate combines the worst parts of fear, anger, and cynicism. In doing so, it creates its own set of emergent properties that are extremely negative and uniquely destructive.

The difference between hate and anger is that anger is the emotional response to the idea that you’ve been wronged. Hatred takes this a step further and says, “the rest of the world must be punished because someone wronged me.”

The difference between hate and fear is that fear is the emotional response to the idea that you are facing a potential threat. Hatred takes this a step further and says, “everything around me is a threat so I must destroy it.”

2) The most important reason to stop hating someone: your quality of life

This is the biggest reason that you have to deal with your hatred. You will eventually do (or not do) something to cause harm in the world. If you think you can just bottle it up and it will go away, then you misunderstand and/or underestimate the nature of hatred.

Hatred is unique in that the more you try to contain it, the stronger it grows in intensity.

The more intense it grows, the more it takes out of you to hold it back. It does not go away because you ignore it and keep it inside. It also grows stronger if you give in to it. So if it grows when you hide it and when you try to express it, then how do you effectively deal with hatred.

The antidote to hatred is understanding and communication

If you don't love yourself, none of it matters anyway.

You're eventually going to have to deal with it.

3) A willingness to learn is the most important step

It’s very easy to hate someone or something that you don’t know anything about. Ignorance is simultaneously the alibi, accomplice, and enabler of hatred. It allows your mind to become clouded by superstitions that morph misunderstanding to fear and fear into hate.

You don’t have to commit to

All you have to do is be willing to open yourself up to the possibility that there is something about this person that you don’t know. This is usually enough to get your ego to step aside and listen because the only thing the ego hates more than something it doesn’t understand is being wrong.

Once you listen, then you start to see that the person you hate is no different than you. This realization is so powerful that it has single handedly dismantled entire organizations devoted to hatred and made people abandon lifelong beliefs centered around hate.

Jazz musician Daryl Davis talks about this when he tells NPR about how he got over 200 members of the Ku Klux Klan to give up their robes:

“If you spend five minutes with your worst enemy — it doesn’t have to be about race, it could be about anything…you will find that you both have something in common. As you build upon those commonalities, you’re forming a relationship and as you build about that relationship, you’re forming a friendship. That’s what would happen. I didn’t convert anybody. They saw the light and converted themselves.”

4) If you were wronged or hurt, hatred feels natural

When someone has displayed malice or cruelty towards you, it feels natural to hate this person. Even if the hate feels justified, you’re the only one who carries the weight of this reaction.

The other person can’t experience your hate. Even if you attack them, all they feel is the physical pain of the attack. The person can’t feel any hate, no matter how strongly you feel.

Realizing that you’re the only one who suffers when you hate someone else is the first step to letting go of any hatred you have for another person;] regardless of what they did to you.

This realization that your ill feelings for another person only harms you is an important step. It allows you to think through and about your feelings and when you do that, it’s difficult to become emotional.

We’ve long known about the power of emotion to override rational thought. What many people forget is that this works the other way around. Your thoughts can interrupt your emotions. That small interruption, made repeatedly, is sometimes all that you need to make progress and release the hatred that you have.

The use of this realization, or other anchoring thoughts, is a lightweight, often short term solution. In fact, it’s only meant to serve as a bridge to a more permanent and last approach to dealing with hatred that you feel for someone.

Forgiveness is a simple solution to a difficult problem that’s complicated because it’s counter-intuitive.

When you forgive a person for what they’ve done, you aren’t forgetting it nor are you excusing it. You’re simply restoring what that person broke within you without waiting for them to take responsibility for breaking it.

Everyone’s situation is different, but the fundamental mechanism that allows hatred to take root in your life is the same for us all: you have been wronged by someone and you don’t feel like what happened to the person is enough to make up for what they did to you.

Either the person outright got away with the trespass or the punishment was so small that you don’t feel like it was adequate.

Here’s the thing: the punishment is never enough because the hatred is the result of reliving the pain they caused you. You want to hold on to that pain because you think that doing so will do something about it. You think it will change the past and undo the event.

Not only is this not possible, but you only hurt your life when you try. You don’t release your hatred because if you do that, then you have to accept that what that person did to you has passed. This makes you hate even more because there is nothing you can do about it in the present.

Part of this is also learning to forgive yourself.

When you see the person you hate with compassion, you can no longer hate them. Compassion comes from understanding. Understanding leads to four realizations which have helped me stop hating:

If you grasp just one of these ideas, the other 3 quickly follow and hatred loses its grip on you. The easy way to get any of these ideas is to simply try to understand where your attack is coming from.

I’m not suggesting that you automatically forgive them. Just commit to trying to understand where they’re coming from. If you do that, you’ve already primed your mind to look at their actions in a way that will make your reaction to them better.

Recap of the 6 lessons to stop you from hating people

I leave you with this quote by C. Joybell C.: 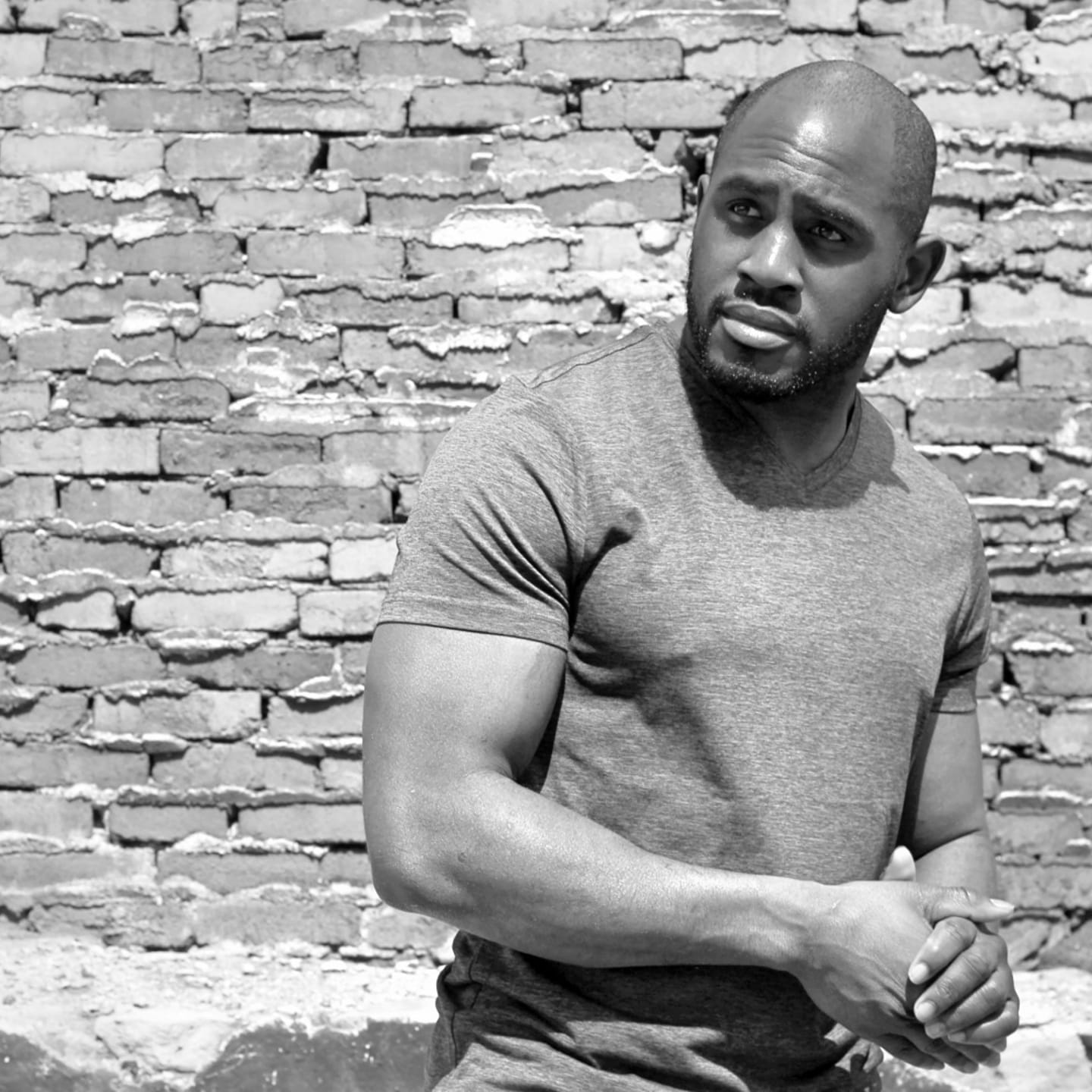 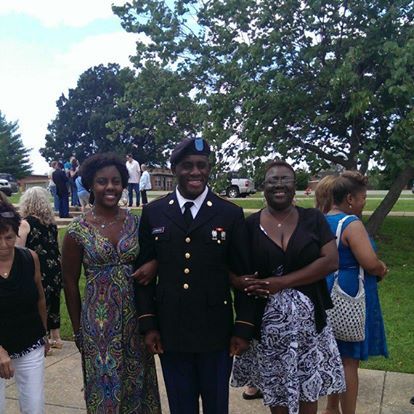 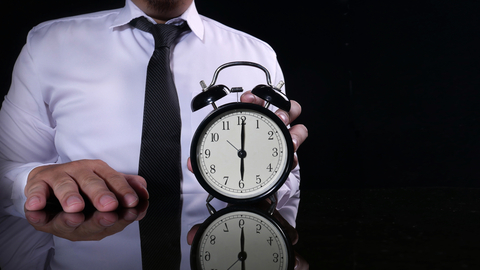 How to let go of the past: 6 steps to finally move on

Being able to let go of the past was key to my sobriety and getting my life together. Learn how I released the past and made progress.