Some people say that 2022 is more like the world of George Orwell’s “1984.” I read the book and collected quotes so you can see for yourself.

George Orwell’s novel 1984 was written as a warning about the dangers of an increasingly powerful government controlling people through propaganda and censorship. In particular, he feared that the new techniques being developed would allow governments to “turn off” individual minds and make them believe whatever they wanted.

The book was written as a response not only to what he saw as an increase in authoritarian and totalitarian thinking in society but also to the increasing amount of control over information during the 20th century. Orwell foresaw how such control would lead to a surveillance state where people were constantly monitored and controlled by constantly editing documents and photographs. To show his fears about this, he wrote a book that has forever changed our discussion of freedom, giving us terms like “thought crime” and “big brother is watching you.”

After seeing the book constantly mentioned on Twitter to describe how social media and big tech have gone out of their way to target and censor specific individuals and lines of thinking, I decided to give the book a read. to see how close things are in the year 2022 to the world the fictional world Orwell created in a book published in 1949.

I’ve collected the most impactful quotes and organized them according to their theme. I’ve given my interpretation and additions where I think I could add something, but I leave some of them without commentary for the reader to reach their own conclusions, I believe that George Orwell would have appreciated this approach.

Quotes about control of information

“The party told you to reject the evidence of your eyes and ears. It was their final, most essential command.” “And if all others accepted the lie which the Party imposed–if all records told the same tale–then the lie passed into history and became truth.”

“In Newspeak there is no word for ‘Science.’”

“Don’t you see that the whole aim of Newspeak is to narrow the range of thought? In the end we shall make thoughtcrime literally impossible, because there will be no words in which to express it.”

“If the facts say otherwise, the facts must be altered.”

“All beliefs, habits, tastes, emotions, mental attitudes that characterize our time are really designed to sustain the mystique of the Party and prevent the true nature of present-day society from being perceived.”

“By comparison with that existing today, all the tyrannies of the past were half-hearted and inefficient. Even the Catholic Church of the Middle Ages was tolerant by modern standards.”

“To keep them in control was not difficult. All that was required of them was a primitive patriotism which could be appealed to whenever it was necessary to make them accept longer working hours or shorter rations.”

“Doublethink means the power of holding two contradictory beliefs in one’s mind simultaneously, and accepting both of them.”

“The weaker the opposition, the tighter the despotism.”

“If you kept to the small rules, you could break the big ones.”

“When you delude yourself into thinking that you see something, you assume that everyone else sees the same thing as you.”

“The worldview of The Party imposed itself most successfully on people incapable of understanding it. They could be made to accept the most flagrant violations of reality because they never fully grasped the enormity of what was demanded of them.”

“To keep them in control was not difficult. All that was required of them was a primitive patriotism which could be appealed to whenever it was necessary to make them accept longer working hours or shorter rations.”

“They could only become dangerous if the advancement of industrial technique made it necessary to educate them more highly… but since military and commercial rivalry are no longer important, the level of popular education is declining.”

“What can you do, thought Winston, against the lunatic who is more intelligent than yourself; who gives your arguments a fair hearing and simply persists in his lunacy?” 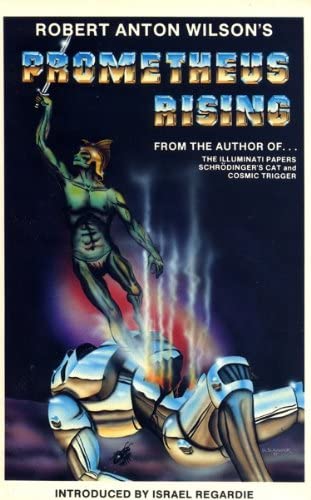 Despite being written in 1984, Prometheus Rising by Robert Anton Wilson has some solid predictions about the next 30 years that are startlingly accurate. 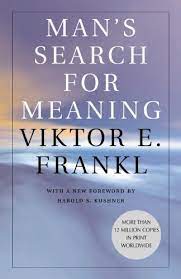 In Man’s Search For Meaning, Viktor Frankl teaches from his experiences surviving the Nazi Concentration. Here are the powerful quotes.