What happens when you quit alcohol? A realistic view

Quitting alcohol can change your life if you let it. Here’s what to expect when you finally give up drinking

Alexander the Great, one of history’s most notorious conquerors, killed his best friend after a night of heavy drinking.

We hear about these situations all the time…

Someone got in a fight…

People shooting their friends or family members over card games and petty arguments. And usually, they were all drunk at the time.

Despite the fact that alcohol is implicated in more than 140,000 deaths per year,1 it continues to be a cultural staple. One that people find strange if you’re NOT doing.

And if you decide to give it up, others will still ask, “Why aren’t you drinking, bro?”

Even if you don’t have an alcohol addiction (like I did), deciding to stop drinking can take tremendous effort. And the longer you’ve been drinking, the harder it’ll be to go cold turkey.

Like Seneca said, “Alcohol tempts the body to disobey the spirit.”

And if your body is in control, your mind is not. But if you ever want to live a life you can be proud of, you have to be in control of your thoughts and impulses.

So, if you decide to try Sober October and flirt with sobriety for a while or quit altogether, I want to help you out.

Here’s what happens when you finally decide to give up alcohol.

Withdrawal is what we view as the ill feeling people experience during detox from a substance. Alcohol withdrawal can range from mild headaches and fatigue to cardiac arrest in very serious cases.

Alcohol isn’t like opiates that hijack your neurotransmitters in a matter of weeks. It takes heavy use for your body to become attached. When that happens, withdrawal symptoms can be dangerous.

I never experienced alcohol withdrawal symptoms when I finally quit drinking. Or if I did they weren’t strong enough to notice. I attribute this to the fact that I was mostly a social drunk.

Whether you’ve been addicted for years or just indulged a little too much, quitting alcohol starts with a non-negotiable decision.

Non-negotiable means you don’t even consider another alternative. You know something is non-negotiable through your reaction. For example, would you have sex with your sister? Run naked through an elementary school? Eat pancakes with salt on it? You get where I’m going with this…

The decision to go non-negotiable makes alcohol no longer a choice. Before making this decision you are always at risk of reaching for the bottle anytime you feel a little off.

You worry about screwing up

In the first 24 hours after I stopped drinking alcohol, I was worried about screwing up. I thought maybe I was just, once again, reacting to another hard night of heavy drinking where I made a fool of myself. Like the bargains, you make with God if he will just take the hangover away.

The first few weeks of sobriety are the hardest. You constantly feel like you’re going to cave and have a drink. The side effects of drinking start to wear off but now you have to find new ways of coping. At this time the anxiety settles in making it even harder to stay firm on your decision.

For me, the days kept adding up. 24 months in, I felt like I had unlocked a superpower and a life hack. Not drinking has changed my life for the better in every possible way. But overcoming an alcohol use disorder is different for everyone. Here are some things to try if you’re worried about relapse:

Your body starts to recover

Alcohol is the 3rd leading cause of preventable death after tobacco and poor diet and inactivity. It’s implicated in multiple car crashes, suicide attempts, sexual abuse scenarios, and acts of senseless violence.

STILL, most young people feel guilty if they aren’t drinking.

The good news is once you give it up, your body immediately starts healing.

Even for heavy drinkers, your body (and liver) starts to heal around week four. You get better sleep so you’re more rested. This means your body can recover from workouts, illness, and injury more quickly.

One effect of alcohol is anxiety. Though anxiety is a multi-dimensional issue, alcohol-induced anxiety also starts to disappear around week four.

You don’t have to have alcohol use disorder to suffer the negative side effects alcohol can have on your life.

I lost a wave of friends about 4 years into my sobriety.

My main friends, the ones I’ve known my entire life, the ones I had before I started drinking, didn’t change. But the people I met while I was binge drinking didn’t last.

People can deal with how you think as long as they see you as inferior. The moment you become their equal or better, they have to stop socializing with you.

I’ve built a business where I can work from anywhere with a wifi connection and reliably make 6-figures+ using techniques I taught myself. I’m simply not the broken guy I used to be. Once I had my last drink, I started learning how I could gain confidence in other ways, learn more about those ways here.

The reasons I lost that wave of friends can be attributed to my change in status and the fact that I was no longer a loser drunk. As long as I was that drunk, they were okay with my perceived differences because, in essence, I was ‘just a drunk’ so what did I know?

But once I started improving my life, their leverage to boost their own self-esteem was gone.

Remember, once you start working on yourself it becomes a mirror others hold up to their own life. Losing people that don’t care about you is a mental health benefit. If they don’t like what they see, they’ll blame you before they ever think to change.

You realize it’s a commitment, not a fling

I’ve been sober since December 23, 2013 and have zero desire to start drinking alcohol again. The person I am sober is far better than when I was trying to drink my way into more confidence and likability. That being said…

I do miss the occasional glass of wine.

When you commit to stop drinking alcohol, you start to understand challenge and commitment in a real way. It no longer becomes something you’re trying out for a while. It transforms your lifestyle and identity. Before long, you realize that the effort required to say ‘yes’ outweighs the ease with which you say “No, thank you.”

Things to remember about quitting alcohol

Drinking is deeply ingrained in our culture. You can’t go to a college party without binge drinking as the main draw. So when you stop drinking alcohol, it can feel like you’re the weird one in the room. In the short term, you may ask, ‘what could it hurt?’ But aside from the heightened well-being, you gain plus the health benefits, ask ‘what do you lose by not being present.’

I’m not saying going sober means you’re going to build a successful business. It simply opens you up to the possibility of better.

Here’s what happens when you finally quit alcohol:

I hope that helps. The work is up to you. 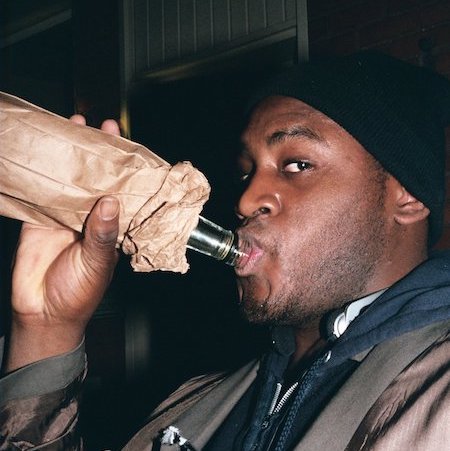 Sober October is a chance for many people to try sobriety for the first time in a social setting. Learn how to make it a success. 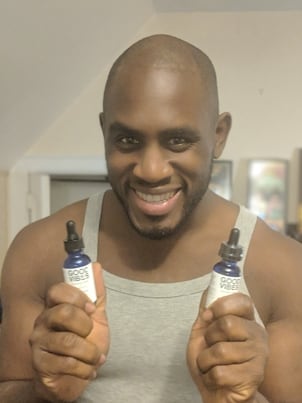 How to quit smoking weed

If you find yourself struggling to quit weed despite obvious consequences, then this guide is for you. 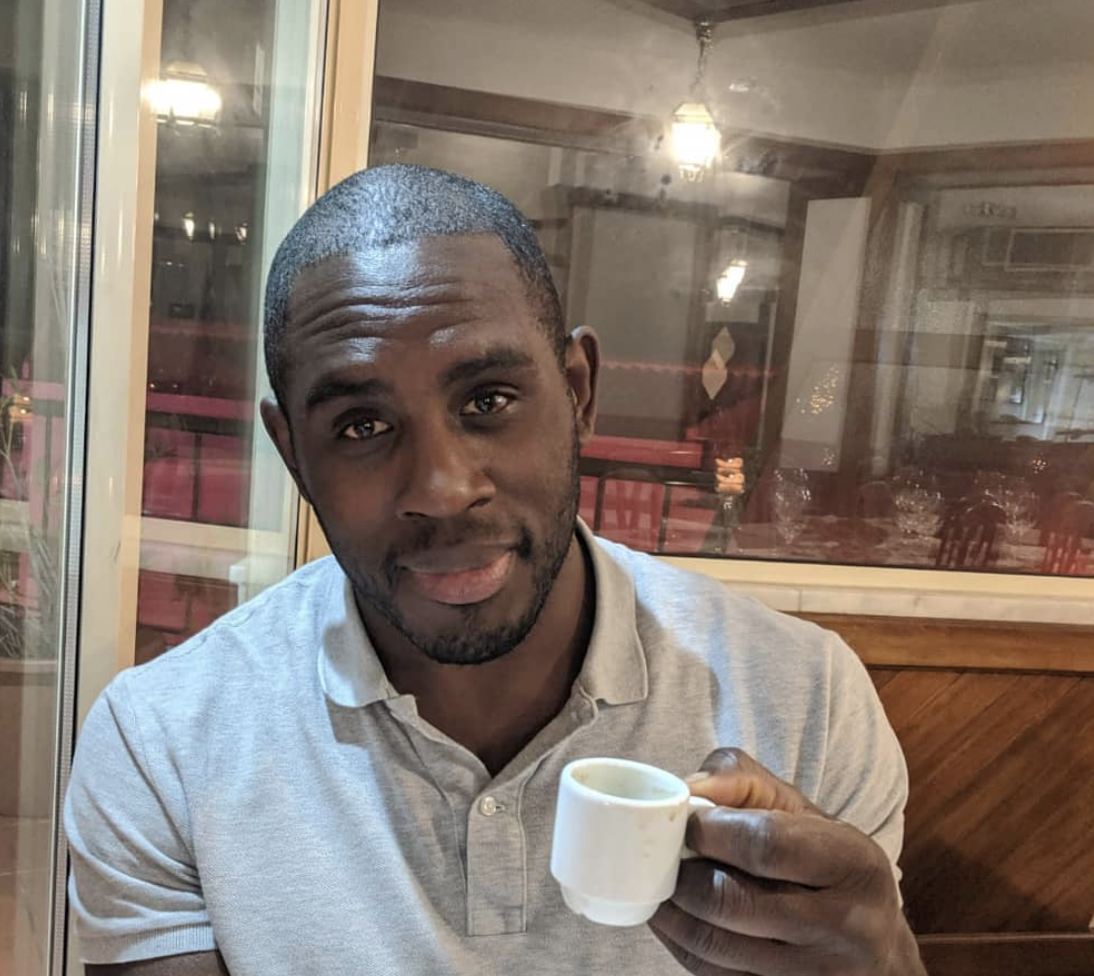 9 years of sobriety: observations and benefits

A lot of things happen when you stop drinking alcohol. Here are 8 benefits I’ve observed from 9 years of sobriety.