On Twitter, the rich get richer and poor get nothing. Having followers makes it easier to get more followers, but it’s damn near impossible to get that initial push. Until now…

How To Get Your First 1000 Followers

First, let’s talk about what we know *doesn’t *matter

No matter how productive, prolific, or funny you are, it’s extremely challenging to grow a twitter account from scratch, starting with little to no followers.

Honestly, it doesn’t matter what you say when you start because no one is following you anyway. You’re a brand new account and no one gives a shit what you have to say.

Under The Influence: The Guide To Your First 1000 Followers teaches you the real methods I’ve taught to people to help them grow their accounts from scratch. I’ve compiled the notes and lessons from a class I taught on this very subject.

Here’s what one student–@TimothyReigle--had to say about the class after going from 86 followers to 2740 during the course. 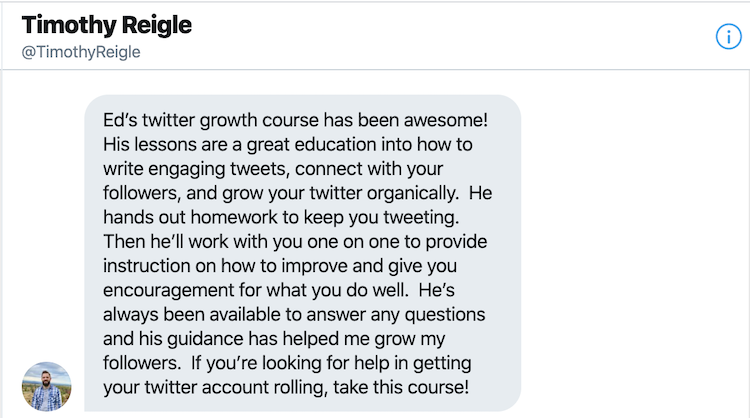 Now even though I’m an account with over 118k followers, I still remember exactly what you need to do when you start growing your following from the ground up. I’m a big believer in the old saying, “Well begun is half done.” That’s why I make sure you start off on the right foot with the basics. I teach you:

Learning these principles is how @toyfolio went from 56 followers to 1481 in 4 months. 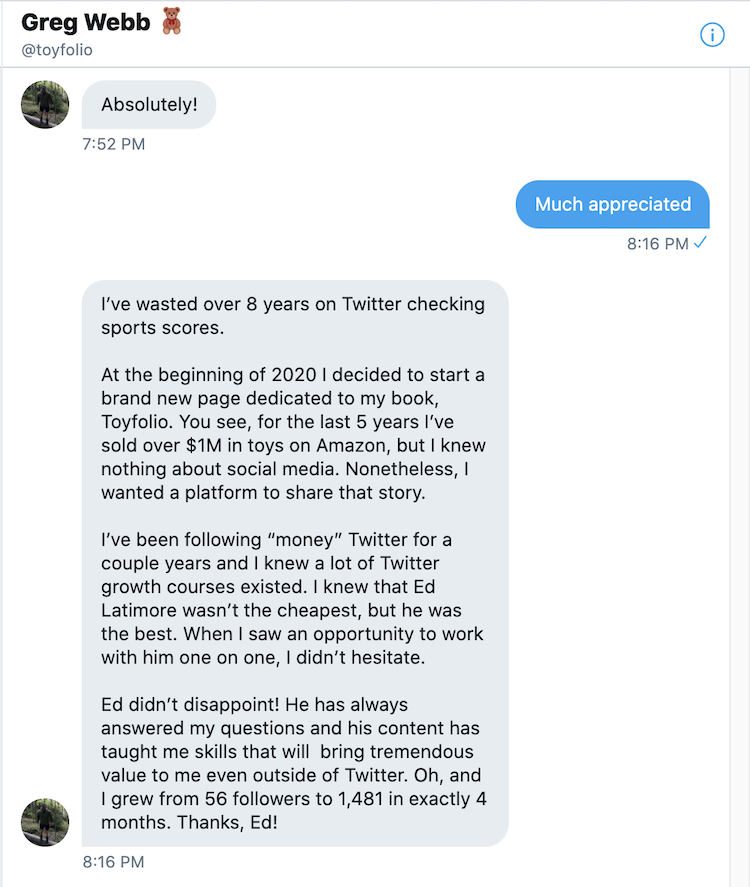 If you want to learn how to actually grow your following from someone who knows how to do it–and not just from someone with a big following or who got a lucky–this is the only course you need. My other guide–Engagement Is The New Cocaine--is great, but that guide is like showing you how to fight without ever teaching you how to throw a punch correctly.

Under the Influence fixes that problem and SO much more.

I’ll also teach you the things that you need to avoid so that you don’t waste your time on what doesn’t work to build a following.

This is the guide I wish I had when I was starting out. Fortunately, you have access to it now.