You know that you need an engaged audience if you wanna make it on the internet.

If no one’s paying attention to you, you’re just shouting at ghost in an empty room.

This is the stone cold truth. 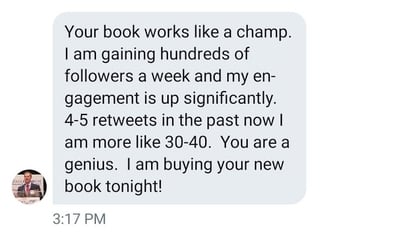 You know it, I know it, and so does anyone telling you otherwise so they can make a quick buck off of you. Everyone is telling you that it’s just a matter of creating something and crafting the right offer, but you’ve always wondered:

How the hell is anyone gonna know about my offer if:

You’re tired of being told “If you build it, they will come…”

You need them here before you put the time and energy into creating something.

You want to know that your content is actually going to be read and that people are going to take action. Any action, really. You don’t understand why you can’t get anyone to:

You need good writing to build an engaged audience. A good writer can make a fortune and change the world, all without ever showing their face. But like I said, you gotta be good.

I’ve taken what I’ve learned—the hard way—about using words to grow an engaged, enthusiastic, highly profitable audience, and broken it down so that you can learn it the easy way.

If you stick with me, your content with not only build a loyal audience, but they’ll treat every line you write like a line of pure, Colombian, uncut cocaine!

You wanna build a following with your words alone? Then you need to chase the double headed dragon of Twitter and building a blog. If you can make your words shine in those places, then you can get paid, grow popular, and have a real impact in whatever you want to.

Attention! Get your audience building, networking, and writing skills right!

In this very special, very limited offer, I’m giving you all the tools to take your writing to the next level.

You’ll be able to build a solid Twitter account and blog that will get you thousands of fans, followers, and people who genuinely look up to you.

You wanna change lives, be somebody, and make a living in the process? The you need:

Individually, the total cost of all these is total over $200, but this whole bundle is only $55.

Engagement Is The New Cocaine: The Art And Science of Writing Awesomely Addictive Tweets

Even though you see accounts of regular people having big growth and massive success, you think this Twitter thing just ain’t worth it.

Your Twitter is the best thing on the internet, but the only thing I want to do is check your feed. I’m hooked!

I’m a social media dope dealer and my drug of choice is Twitter.

I have over 115,000 followers on Twitter and do 20+ million impressions per month. (My handle is @EdLatimore. Go ahead, verify my follower count.)

I just know how to write so well that people actually pay me to write their tweets.

This is not a special talent, innate gift, or magic power.

This is a skill that anyone who needs to build a dedicated fan base on Twitter can use.

January 1: Bought Ed’s book.
January 13: First post.
February 8: Hit 1k followers in under 30 days.</p><p>There are countless ways to get lost in the noise on this platform. Ed shows you a clear path to creating value-driven content that drives engagement and wins followers.</p><p>If you’re looking to build a following, buy the book. Period. 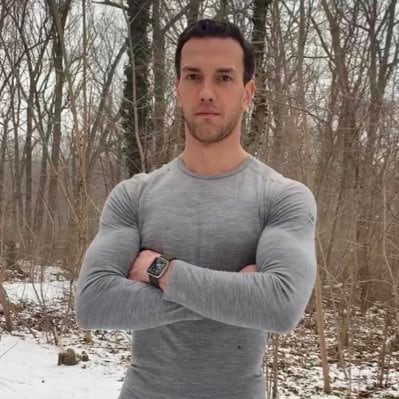 “Engagement Is The New Cocaine: The Art and Science of Writing Highly Addictive Tweets” will teach you the techniques I use to build an audience that is so addicted to my feed that THEY PAY ME FOR TWEETS.

They have no choice but to:

In this powerful e-book, I reveal my secrets for:

I’m not teaching cheap tricks and quick fixes. I’m giving you the real game so you know how a following is really built.

Be careful using these techniques. A powerful Twitter account is like fire: it can be used to heat a home or burn it to the ground.

Not only will your audience be huge, but it will be loyal, engaged, and extremely addicted to your Twitter account.

Without question, they will:

If you’re just getting started, now is the time to build good tweeting habits.

If you’re stuck and can’t any growth or engagement, this book will get your growth going.

If you’re a seasoned Twitter veteran, I guarantee you’ll learn something new in this book that will grow your connections and put money in the bank.

You read Engagement Is The New Cocaine, you put it to work, and you got results. Your tweets were so dope that people kept overdosing on your account.

But then your audience developed a tolerance.

The old stuff stopped hittin’ like it used to.

You know you need something more powerful, more raw, and more ruthless if you wanna keep your audience strung out.

That’s ok. The Re-Up: The Level of Twitter Engagement is my video course that shows you how cut your tweets with something that makes your followers feel like it’s their first time snorting your dope lines and addictive message.

In this short course, I show you the simple ways to take your tweets to the next level. I show you:

I’ve made this so simple, even a crackhead could do it!

There’s some shit on building the right mindset in there–the same mindset that allows me to tweet 1000 times per month with ease and got me over 115k followers—but I know you wanna get right to the good stuff. But if you wanna know how to think about Twitter the right way, I got you covered. I also teach you how to:

You can use this alone, without Engagement Is The New Cocaine, but these two tools combined will turn your Twitter account into a Schedule 1 substance.

Aren’t you sick and tired of being a “starving artist”?

Wouldn’t you like to get paid from your writing?

It’s time to stop leaving money on the table!

It’s never been easier to make money as a writer…

But there has also never been more competition.

If you want to make money from your writing, you need to be damn good at it. Let me show you how to get the competitive edge.

Writing is the same, whether it’s on a website or Twitter. If you can generate engagement on Twitter, you should have no problem drawing getting people to read your words.

However, I’ve seen tons of big accounts who can’t translate their Twitter success into blogging success.

Remember: a great blog with strong writing is digital real estate that will always generate passive income for you—but only if you master the basics.

Writing is the one skill to rule all other skills.

It’s the source skill that will always get you paid; but you need to practice the right techniques the right way or you’re never going to grow an audience or make money. By developing this source skill, you’ll quickly have profitable success in any location independent business model you choose.

I promise that you can massively improve this skill in just a few short weeks using The Crackhead Hustle Method.

The Crackhead Hustle Writing Method is specifically designed to improve your writing in the shortest amount of time.

With The Crackhead Hustle Writing Method, it’s going to be easy for you to stand out, get attention, and get paid…

No matter where you are currently at on your writing journey.

In this powerful guide, I reveal:

And so much more.

I’ve condensed YEARS of my own study, practice, and most importantly, lessons from my mistakes into The Crackhead Hustle Method so you can make the same progress in weeks.

It’s time to become ‘so good they can’t ignore you’.

In this 1 hour webinar I delivered to the Life After Professional Sports organization, I taught former olympic and professional athletes–many of which have Twitter Verified accounts–how to use the platform in a way that allows them to make rapid gains.

I give them a solid plan to gain 2,000 followers in 30 days. Things that people don’t often think about like:

This is my free bonus to you!