Even though you see accounts of regular people having big growth and massive success, you think this Twitter thing just ain’t worth it.

Your Twitter is the best thing on the internet, but the only thing I want to do is check your feed. I’m hooked!

I’m a social media dope dealer and my drug of choice is Twitter.

I have over 115,000 followers on Twitter and do 20+ million impressions per month. (My handle is @EdLatimore. Go ahead, verify my follower count.) 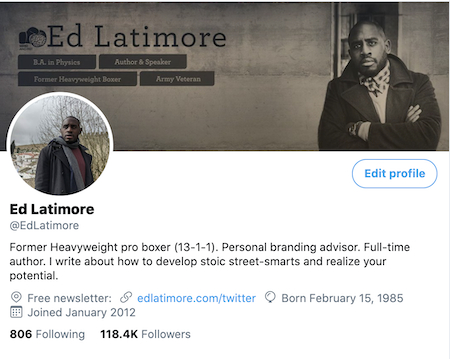 I just know how to write so well that people actually pay me to write their tweets.

This is not a special talent, innate gift, or magic power.

This is a skill that anyone who needs to build a dedicated fan base on Twitter can use.

“Engagement Is The New Cocaine: The Art and Science of Writing Highly Addictive Tweets” will teach you the techniques I use to build an audience that is so addicted to my feed that THEY PAY ME FOR TWEETS.

They have no choice but to: 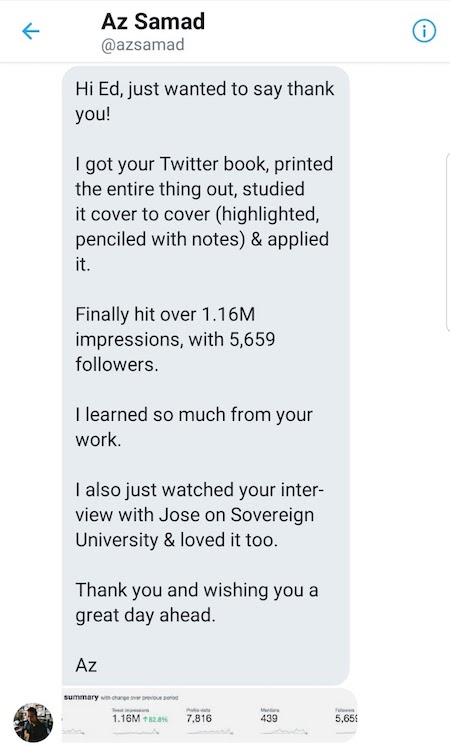 In this powerful e-book, I reveal my secrets for:

I’m not teaching cheap tricks and quick fixes. I’m giving you the real game so you know how a following is really built.

Be careful using these techniques. A powerful Twitter account is like fire: it can be used to heat a home or burn it to the ground. 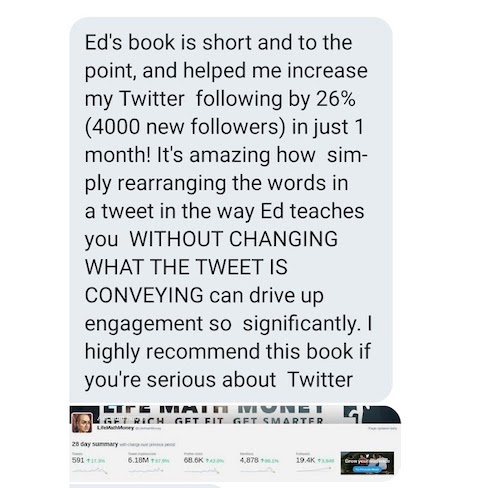 Not only will your audience be huge, but it will be loyal, engaged, and extremely addicted to your Twitter account.

Without question, they will:

If you’re just getting started, now is the time to build good tweeting habits.

If you’re stuck and can’t any growth or engagement, this book will get your growth going.

If you’re a seasoned Twitter veteran, I guarantee you’ll learn something new in this book that will grow your connections and put money in the bank.