The moment you complain, you forfeit any assistance from the universe.

You’ve probably heard the Benjamin Franklin quote, “God helps those who help themselves.” I don’t personally claim to know if God, the Universe, or any other named higher power assists people in their struggles.

What I do know is this: I despise spending time with chronic complainers. Not just me, but no one likes spending time around someone who only points out what’s wrong with something.

There are definitely worse social behaviors. For example, I also hate bullies and cowards. People who pick on the weak to appear strong or who back away from duty out of fear are rightly mocked in all cultures’ legends and fables down through the ages.

But where bullying and cowardice are obvious signs of character defect, complaining often gets a pass. Many write it off as the harmless venting of frustration.

Chronic complaining is anything but harmless, and people who practice this detrimental pastime have no place in my life. I’ll explain why.

The problem with complaining

From a practical perspective, there exists a mountain of evidence supporting the idea that the universe refuses to assist complainers.

People who complain presume an external locus of control. They consciously or unconsciously believe the universe holds all the power. They’re just along for the ride. Complaining is their way of begging people outside themselves to act—to save them from their own helplessness.

People who complain are obnoxious, but that’s not their worst problem. The problem with complaining is the broken power dynamic. The complainer focuses on the problem instead of the solution. This is because their locus of control points outward and tells them they cannot enact any solution. Or hey, they can try, but they know in their bones it won’t help. Focusing on the problem and verbalizing it is like a child giving up and crying for their mother. It’s literally infantile behavior.

With everything in life, what you focus on tends to grow. People who focus exclusively on problems increase them. When you stop complaining, you can start progressing.

I’ve seen people draw near to a solution but grow frustrated or stressed. They’re looking at the the light at the end of the tunnel but retreat to the darkness because of how far or hard it is to get there. That’s when the complaining starts.

When the focus shifts from the solution to the problem, the solution disappears from view. When the complainer realizes they missed their chance, they find more reasons to complain. They double down on whining about their unhappiness.

Complaining makes you turn your back on all help 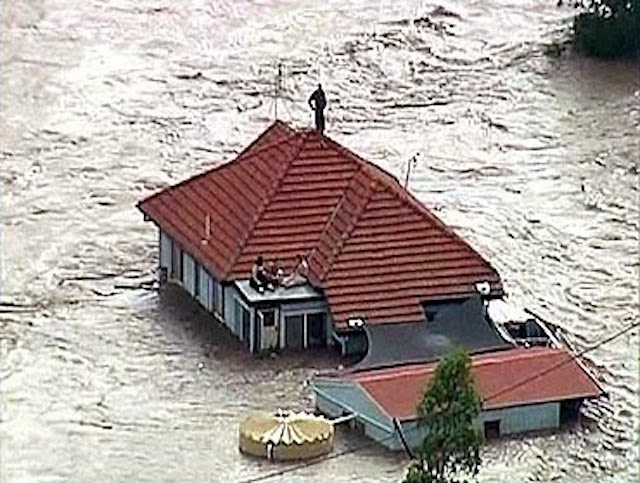 An example of this perpetual loop is the man trapped on his roof during a terrible flood. He prays to God to save him. As the story goes, a rescue helicopter comes and drops a ladder for him, but he refuses.

Then three boats come, one after another. The rescue squad begs the man to climb down off the roof and into their boat. Again he refuses. He’s waiting for God.

Soon the man drowns and goes to Heaven. Once there, he asks God, “Why didn’t you rescue me?”

And God answers, “I sent a helicopter and three boats, but you sent them away.”

This silly little story tells a profound truth about humans: No help will ever be good enough to the man who complains because he has to put in the work of receiving it. If you turn down every raft waiting for the perfect boat, you’ve got no right to complain when you drown.

People don't want solutions.
They want shit to complain about.

They'll give you every reason in the world why your solution won't work...because they don't want it to.

They just want shit to complain about.
They don't want solutions.

1) We want to avoid taking responsibility

There are a few reasons complainers on rooftops don’t accept help.

Complaining is what somebody does when they refuse to take responsibility. If complaining is a symptom, irresponsibility is the virus. Once infected, the host is likely to blame everyone and everything for their problems except themselves. Pessimistic attitudes and a victim complex inevitably follow.

It’s nothing more than sitting down in the middle of the action and sniveling that too many forces are against you to make it work. Put another way, complainers are hedging their bets in advance to excuse inevitable failure.

All complaints, no matter how benign, send the same message:

Like a young child incapable of shouldering adult responsibility, the complainer wishes on a star for a better future. They sit and wait for someone to handhold them through their problems instead of making a plan and doing the work.

2) We think people care about our problems

Another fatal misconception complainers have is believing that others care. They imagine that, through complaining, they make others sympathetic to their cause.

Few things are further from the truth. Most people are caught up in their own daily struggle and have their own reasons to moan about their lot in life. The complaints of others are barely an afterthought as we all wade through our own challenges.

Asking people who have it worse to shoulder your burdens while you cry about your latest hangnail is an insult.

3) We forget that things could be worse

A third reason we complain is ingratitude. We forget that life can be a lot worse, and in fact is already a lot worse for many people—especially those forced to listen to others’ complaints.

Complainers genuinely believe all the forces in the universe are conspiring against them. They believe they’re special. Complainers will tell you that you could never understand their problem because it’s just so unique. They make every conversation about their current crisis.

What a hideous way to live. And what a selfish view of those around you. Self-pity is never becoming, and the sort of self-pity that holds oneself as a holy martyr is the worst of all.

Complaining is ultimately the act of disregarding the struggles others face and insisting that you, the complainer, are the center of all suffering in the known universe. The complainer basically declares themselves the most unappreciated being in all the world.

How does listening to a laundry list of manageable problems make other people feel? Step back and think through the following scenario: A person stands in line at a coffee shop. The line is long and slow. They complain to the customer standing behind them. They just want to get home and relax.

“I can’t BELIEVE this line. Don’t they know we have places to be? I could be watching my show right now.”

The other customer just lost his job. He’s getting coffee to kill time before he heads home to tell his wife the bad news. He’s agonizing over how she’ll take it—and how they’ll feed their children next month.

While he may not say it aloud, the despairing man listening to the complainer is thinking, That’s all you’re dealing with? I wish I had your problems.

This reveals the sorry state of all complainers: They never know what others really think of them. People smile, nod, say something reassuring like, “Wow, that’s really unfortunate for you. I’m sorry you’re going through that.”

Inside, they’re wishing you get stuck on the roof during a flood.

Humility: It helps you stop complaining

When you feel tempted to complain about how unfair your situation is, remember this:

“Be kind and lower your eyes, for everyone is fighting a harder battle.”

Historians can’t agree if this quote comes from Plato, Philo of Alexandria, or the novelist Ian Maclaren, but that doesn’t really matter. It’s been stuck in my mind and heart for years.

This quote is a powerful antidote to the complaining virus. By remaining humble, you take the focus off yourself. Humility reminds you that things can get worse. Indeed, they are already worse for the people you cross paths with in person and online every day. Give thanks that the universe has not picked you out for torture today.

When you’re inconvenienced, resist the urge to bitch about it. You may be brushing shoulders with someone who’s at the end of their rope—and about to put one on. They would give everything they own to trade places with you.

From now on, lower your eyes. Refuse to complain. Find the good.

The way of the strong is not to cry for others to solve their problems, but to buckle down and get to work fixing them. You may not have a choice about what happens to you, but you can choose the person you’ll be when it does.