Because of the size of my Twitter account, I’ve helped several accounts grow. I’ve had some great successes and failures, but each one has taught me about what works when it comes to buying and selling retweets.

Though a tweet only has a half life of 18-24 minutes, if you can get that tweet retweeted by accounts with many followers, this increases the likelihood of you accomplishing your goal with Twitter.

It doesn’t matter if you’re trying to:

If you’re a great writer who produces great content, you still can greatly benefit from large accounts retweeting you.

You can grow your Twitter the slow way, but…

You don’t have to pay for retweets. Organic growth happens, but it can take a while. I’ve paid for a few specific promotions, but I can count the number of times I’ve purchased retweets on one hand. It’s taken me 7 years to get the following I have.

When you’re trying to grow quickly, paying someone with a bigger following can help you get your numbers and exposure up much faster than it would take normally.

You can also make gains by having someone with an equally sized or slightly smaller audience retweet you, depending on your account’s size and niche. While they might naturally take notice of your writing chops, that’s no guarantee.

Even if they like you, due to Twitter’s algorithm, there’s still a good chance that they won’t even see you. Some bigger accounts are also aware of the value of retweet and won’t retweet anyone unless they pay them, even if they like the content. But if you pay for retweets, it’s a guarantee that they’ll see you—especially if you make them put a notification for when you tweet.

The best part is that you keep the followers!

The best part about the growth you have is that when you pay for retweets is that the followers that you gain from the retweet campaign are yours to grow and nurture. This is the major difference from paid traffic.

Paid traffic goes away when you stop paying for it. Followers stay, assuming you don’t change your content dramatically.

Paying for retweets doesn’t guarantee that you’ll get more followers, but if you’ve been writing great content then there is a much greater chance that you will grow from whatever deal you strike.

This is probabilistic; not deterministic

It’s important to remember that this is a game of probability.

You control the quality of your:

But there are 2 forces, all beyond your control that determine how big and fast you grow from a retweet campaign:

The first one seems fickle because it is. You can’t control how responsive any individual will be. A look at my stats show that. 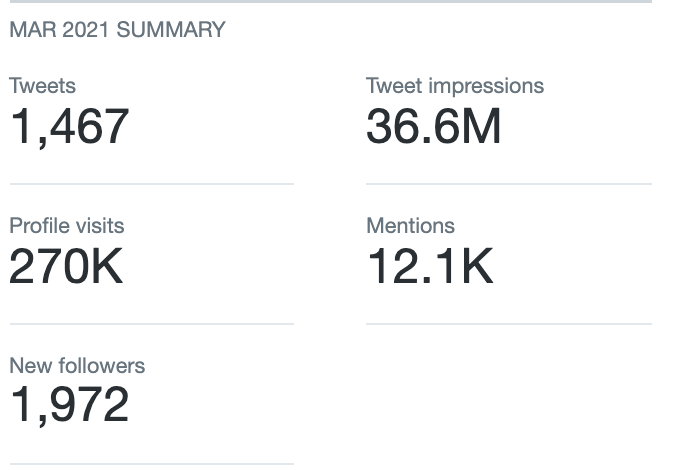 Someone may simply be compelled to retweet, increasing the number of eyes on your post, but they don’t follow.

The second one deals with the fact that a person may realistically just scroll past many tweets. This doesn’t mean your tweet is good or bad—just that there are so many tweets that there’s a good chance that it won’t be seen.

In fact, we’ll use another stat “engagement” to demonstrate how small these chances are [break down numbers]. I don’t show these numbers to discourage you. I’ve helped several accounts grow and I myself have been helped by retweets, but you have to have realistic expectations.

But as Biggie Smalls once said, there’s “There’s rules to this shit, I made me a manual.” To make sure you don’t waste your money paying for retweets that don’t benefit your account, this guide is for you and should go a long way in helping you get the most out of your paid retweets.

Have clear expectations and communication 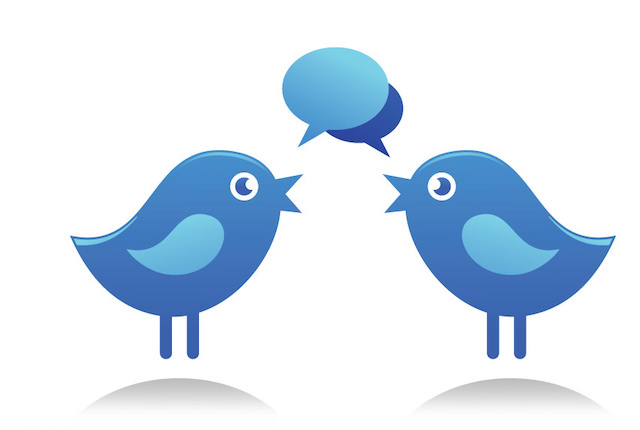 Unless the deal is specifically phrased or stated differently, you’re paying for retweets.

I always tell guys that all I can do is make more people see your content, but if your content is shit then there’s nothing any influencer can do to help you grow.

Depending on my workload, how many clients I’m working with at once, and the quality of the client’s writing, I’ve structured deals a few different ways. There are three main ways to do this:

If you want to pay for retweets to promote a product, that will likely require different type of deal. Generally speaking, the cost expectation will be different because what you’re asking is different.

Some influencers, depending on their following, take a bigger “risk” when promoting your product. Influencer selection is another section entirely, but if your product is totally misaligned to the influencers interests, then expect to pay a little extra for promo—if they take you on at all.

I personally do not recommend even trying to convince someone to run a retweet deal or waste one of your retweets on a tweet that contains a product. If you’re going to do that, offer them a proper affiliate deal. If the deal is solid, you should grow anyway.

Preparing yourself to take advantage of retweet exposure 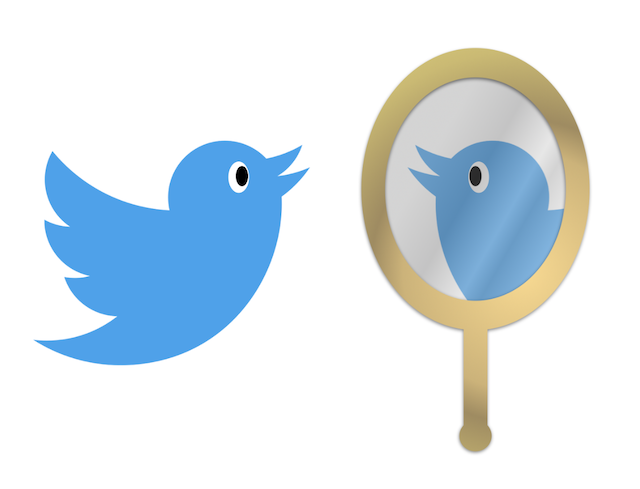 Your profile needs to be set up with at least the bare minimum fields. This means you have a decent pinned tweet up (either something that sells your product or one of your best performing pieces), a decent profile picture up that shows your face, a decent header and bio.

Your twitter profile doesn’t have to be perfectly optimized, but it does need to be complete. When people see your good content, they want to make sure you’re worth following. Anyone with an incomplete profile looks less attractive as a follow.

You need to make sure that your writing is on point.

Once again, we don’t need it to be perfect, but it needs to at least be capable of generating some engagement on its own. If your writing is terrible then you need to fix that.

If you’re following more people than follow you, this imbalance needs to be corrected.

This indicates to people that you’re a low quality spam account. Even if that isn’t true, enough people think so that it’s effectively your destiny.

Now I need to be clear that this does not apply if you’re just starting out. You’ll have to follow more people than are following you. But if you’re following thousands and you barely have one hundred, that’s bad for your Twitter growth and will ultimately waste any retweets you purchase.

Decrease retweets of other accounts

Tone down the level of retweets that you’re doing,

Retweeting with comment (“quote tweeting”) is fine, but you have to remember that when people come to your profile, they want to see what you have to say and what you’ve done.

If your profile is a billboard for someone else’s tweets, it’s less likely that you’ll pick up this person as a follow. 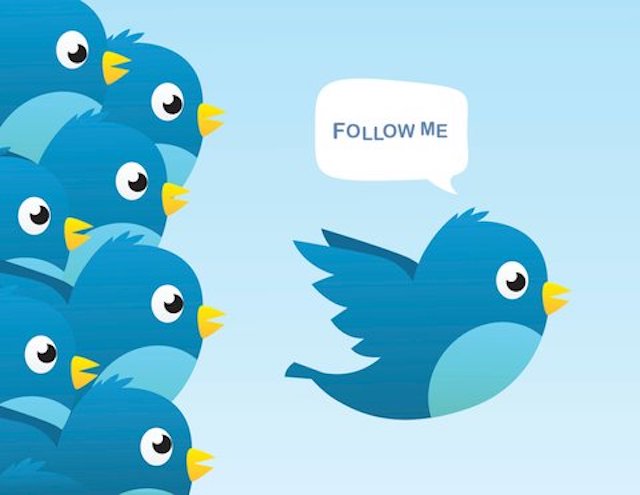 You can go pretty far with someone who’s only got a few thousand followers more than you.

Even more important than follower size is the diversity of follower count. You want to select someone with as much of a different following as you. I don’t mean this categorically. You want to make sure that you don’t have too many mutual followers.

Followerwonk.com is a great site for you to run a comparison of your twitter following against someone else’s to see your potential for growth by getting this account to retweet you.

Be aware of the topics that the influencer typically posts about.

If your content is dramatically different from theirs, you won’t get very much out of a retweet. Now mind you, being a completely different niche is not as big of a problem as having bad writing, but it will largely result in a waste of your money. 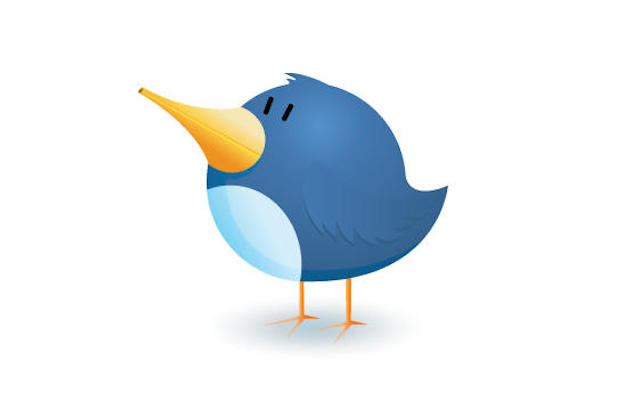 Images and media are great for engagement boost

Tweets with images do extremely well for engagement.

Don’t take this to mean that you can get away with only having an image. You need words and you have to deliver value, but if you can work an image into your post, then you can go quite a long way in building engagement.

The algorithm seems to favor initial engagement as a marker for how visible your tweet is. Visibility, in this case, is defined as people who see your tweet. Since twitter does not simply rely on reverse chronological (the most recent post) to show your tweet to, anything you can do to boost engagement is key.

Interact with everyone who comments and likes

Speaking of engagement, interact with everyone who likes your post. If you have a lot of responses, you won’t necessarily need to do this, but engagement with an account builds a relationship with it.

Part of Twitter’s algorithm is that it shows people your tweets based on if it believes they have a relationship with you.This compounds with the added effect of the algorithm showing people tweets based on content they’ve liked before, not in terms of type but user.

This is another reason why you have to be careful in selecting the influencer you want to buy retweets from.

Now that Twitter is putting more emphasis on relationship built with the author and using a keyword based prioritization of tweets, the timing of your tweets and retweets is less important than it used to be.

The algorithm is based on relationships you’ve built and the type of content you like to see. This is why people erroneously think they’re being shadowbanned at times.

They most likely started talking about a topic and it is fairly different from what their audience is used to seeing. This makes them think they’re the victim of shadowbanning when this is rarely the case. At the very least, there is more evidence that points to a topic change that disrupts the algorithms and therefore how much the audience sees.

Do not waste retweets on threads.

No matter how well you write or what the topic is about, people don’t generally read your entire thread. They read the first and second pieces of a thread, but then the engagement and impressions falls off dramatically.

Feel free to test this metric on any threads that you have out there. You can check the analytics of the individual threads yourself and compare how quickly they drop off. You’re much better off using your retweets to get an individual tweet out.

If you follow these tips, you’ll get the most out of any retweets that you buy from an influencer.